New Album From The Cranberries!

The Cranberries are set to release Something Else, a new album featuring re-worked renditions of their major hits, as well as brand new material. The album is due out April 28 via BMG on digital and CD formats, and includes seminal Cranberries songs like “Linger,” “Zombie,” “Dreams,” and “Ode To My Family”… re-recorded in orchestral and acoustic arrangements.

Something Else celebrates the 25th anniversary of the band. Their first major U.S. hit “Linger” has been re-done acoustically, and just premiered on Rolling Stone! On the album concept and choice of “Linger” as the first single, The Cranberries’ singer-songwriter Dolores O’Riordan explains,

“‘Linger’ was the first song The Cranberries ever wrote together. I was 17, and the youngest member of the band was 15 at the time. We never imagined it’d be such a big hit, but soon us teenagers found ourselves on our first flight to the United States to shoot the video in Downtown LA. That video would introduce us to American households, in the good old days of MTV! The bittersweet love song still holds all that sentimentality for us personally, which is why we had to include it on this project. Universally, I think its message remains timeless and relevant, never going out of fashion, yet never quite in fashion. It’s amazing to have a song hold up 25 years later, and I hope this acoustic version allows our fans to hear a Cranberries classic in a new way.”

“Linger ” is available now for download and streaming. The full album is available for pre-order on digital and CD formats.

Over a period of two weeks last year in the University of Limerick, at the home of the Irish Chamber Orchestra, the band revisited old times; Dolores laid down vocals as small booths were created to record the instruments as if live. She was no longer a child, singing her mature songs from an inexperienced vantage point but a woman now, with the capacity to throw her life at the music, the benefit of hindsight. “I prefer them like this,” she says of the new recordings of old songs, “with a little bit more experience behind them, with a new lease of life. They sound fresh again.”

As the record began to take full shape, three new songs were added, to stop it from just being a rush of memories lost and found. The first was “The Glory”, which Dolores explains she wrote in The Irish Chamber Orchestra’s rehearsal rooms at the University of Limerick. She then brought out two songs she had been keeping in her personal stash, until she could place them in the right home: “Rupture” (“about depression, about being in that black hole and finding it hard to get out of it”) and the forthcoming single “Why?” (“written just after my father passed, the hardest time”).

It’s testament to Dolores and Noel’s song-writing prowess that the new additions to the Cranberries cannon sit seamlessly next to the old. When they began finalizing details for the record, they decided on Something Else, a nod to the first record’s Everybody Else…, a title neither riven with the promise of future endeavors or locked into the past. 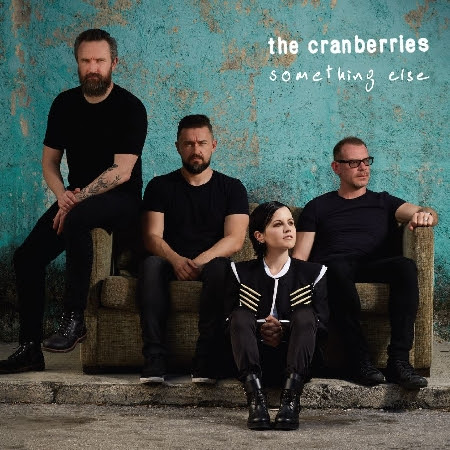 Tagged as Dolores O'Riordan, dreams, Everybody Else, Irish Chamber Orchestra, Linger, MTV, Ode To My Family, Rolling Stone, Something Else, The Cranberries, tour dates, tracklist, University of Limerick, Zombie