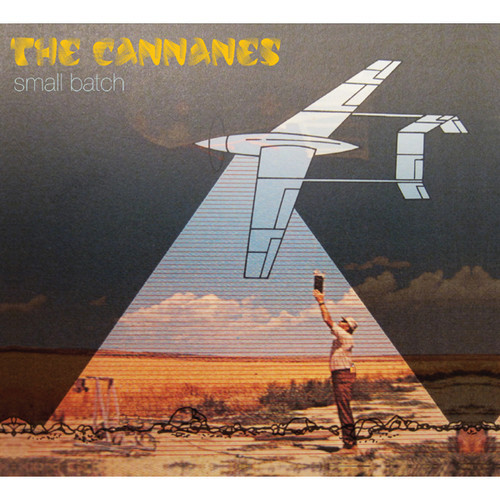 “We Drink Bitter,” a Cannanes song released in the band’s native land in 1987 that later surfaced in America on its 1993 Witchetty Pole album, has been called one of the best “Is it really over?” songs of all time. Although co-written and performed by The Cannanes, the song’s lyrics are attributed to K Records founder and Beat Happening leader Calvin Johnson.

Now, The Cannanes have answered their own tune. “It’s a nod to ‘We Drink Bitter,’” says band member Frances Gibson about “Crawler,” the latest single from the upcoming “Small Batch” EP, the Australian duo’s first release in over 11 years.

Nearly 26 years since “We Drink Bitter,” Gibson sings “And no, I won’t say it again, There’s no good reason why this shouldn’t end. And things keep happening that can’t be true, Does what you say make sense to you?” “Crawler” even repeats “Is there love in the sound of a closing door?” one of the most stinging lines from “We Drink Bitter.”

“Even when you know someone really well, they can still shock you,” explains Gibson of the sentiment. “Things fall apart.”

The Cannanes have been releasing modest, ramshackle records since forming in Sydney, Australia almost 30 years ago.  Though essentially underground, the band has amassed a legion of fans in that time, including Kurt Cobain, who, it was later discovered, name-checked The Cannanes as a personal favorite in his posthumously published journals.

The upcoming “Small Batch” EP is the first release in over 11 years from band members Fran Gibson and Stephen O’Neil and is scheduled for release on March 19th.