Following on from his recent remix of “Wild Heart” (see below) by Brisbane songstress Romy, Australian house producer Cliftonia has delivered an incredibly infectious dance-floor treat called “I’m Looking For”, which is just the first track off his forthcoming debut ep.

Cliftonia had a goal in mind when he began writing this track, and that was to create a house record with Jersey and future-bass influences, a record with that certain infectious flare that just makes people want to get up and move.

“I wanted to make a song that showed my love for House, Jersey, Hip-Hop and Future Bass. I have a huge love for artists like Trippy Turtle, Vices and Brenmar, so when making this track I had those influences in mind, and I feel that I’ve accomplished that with this song” – Cliftonia

An infectious future-bass beat takes the lead as Cliftonia draws us in with his house-driven grooves, warm summery sounds and thumping production, while its feel-good vibes get your body in the mood for a bit of a groove.

“I’m Looking For” is available now from iTunes or Spotify, and you can also score a free download via Cliftonia’s Soundcloud, where you’ll also find the above mentioned remix of Romy’s “Wild Heart”. 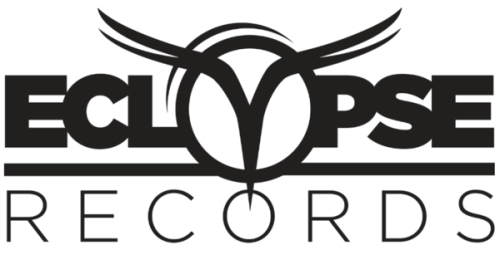 Eclypse Records began in 2015 by Grammy Nominated DJ/Producer duo, Feenixpawl (Josh Soon + Aden Forte) and Jason Forte. The label, launched in conjunction with Wind-up Records in April, have released singles and remixes by Feenixpawl and Jason Forte, and are developing a reputation as well-known curators.
Together, Josh, Aden and Jason have been hand selecting music from a fresh batch of up and coming DJ’s, releasing tracks from the likes of Bynon, Michael Brun, Reez, Corey James, Joakim Molitor and more.  The singles, which have garnered attention from major EDM and electronic outlets like YourEDM, EDM.com, Magnetic Mag and Earmilk, have also gained recognition from the likes of Billboard and other tastemakers in the blogosphere.
The label arrive today with their second compilation of original tracks, Eclypse Volume Two; available for free download now and featuring original tracks from Maxum & Simon Alex, Badr Avsar, Jose De Mara and more. Speaking of the download initiative, label bosses Jason, Aden and Josh noted, “We launched our free download initiative to release some of the amazing music we get sent every single day and it’s been an incredible success so far. We are so happy to give the opportunity to some upcoming producers who we are sure you’ll be hearing more from in the future.”
The Eclypse Records label bosses have been busy working on their own music on the label as well. Feenixpawl recently released a new single, “Quicksand” with APEK,  which continues to grow across all streaming platforms, with the track being added to several select Spotify playlists, as well as play-listing looks from Proximity and Zoedic. To compliment the track’s major buzz and success, Eclypse launched the “Quicksand” Remix package following the release and an official WAVO Remix Contest. Additionally, Feenixpawl once again prove their remix abilities by releasing a Fitz and the Tantrums REMIX for “Handclap”, premiering via Blackbook. The remixed track was recently added to Spotify’s New Music Friday and Fresh EDM, and ‘Best of the Week Pop’ on apple music and currently at 146k streams in just 9 days. To further confirm, Feenixpawl’s remix of Rihanna’s “Kiss It Better” hit #1 at Hype Machine.
What’s next for Eclypse Records? “We feel the journey has just begun and we’re constantly pushing ourselves to take our music and Eclypse Records to even further heights,” adds Josh Soon. 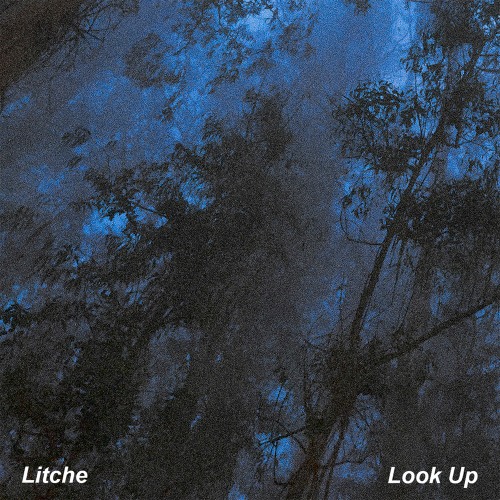 “Look Up” is the stunning debut single from an Australian newcomer who goes by the name Litche, giving us a nice little introduction to his chilled atmospheric electronica.

Litche is the solo project of Sam Litchfield, a producer out of Newcastle (Australia) who some may also know for his role as one-half of Aussie/Hawaiian duo Haliia. Over the last few months Sam has been busy working on a number of new productions that aren’t quite right for the Haliia sound & style.

The initial idea for “Look Up” came about while Sam was jamming with his Swiss friend Elias back in 2015, who he was introduced to by a mutual friend on a surf trip to Bali last year.

“After discovering we both had a mutual passion for making music, we decided we’d get together and have a go at make something. Not much came out of it at that time except a simple 4-bar loop and a few vocal samples, but then back in April this year I became inspired by an Ethnic sample pack I’d found and started working this with the beats and vocals Elias and I had recorded all those months ago, and it all seemed to work so well” – Litche

Inspired by some of his favorite instrumental artists for their use of organic soundscapes mixed with deep electronic production (like Seekae & Shlohmo), Sam continued working this rediscovered idea with a variety of foreign samples & sounds, as he strived to create a song that could transport its listener to somewhere else, a place where they can reflect on the different cultures we have around the world, and show just how music can bridge the gap between them.

Available for free download (but not for long — so do it now!):

Check It Out: More Stuff From Du Tonc 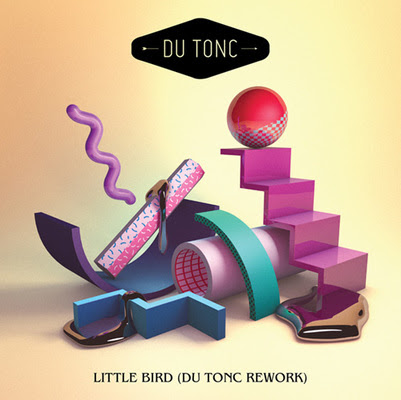 Also, check out the mixtape Du Tonc just did for Kitsuné: 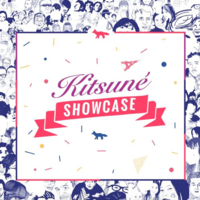 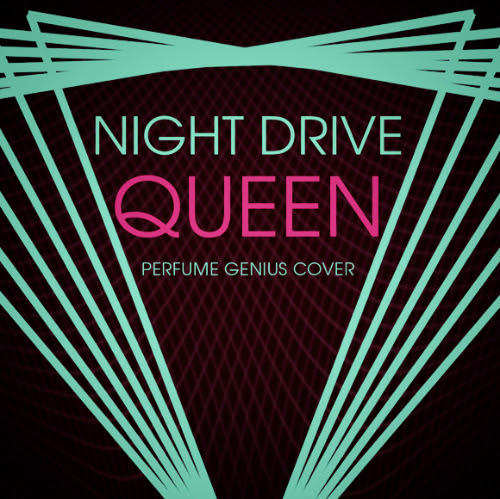 “The psychedelic original is revamped into an electro-pop monster that recalls U2 as much as it does On An On‘s synthier side. Listen below.”  – All Things Go

Tagged as dance, download, electronic, Night Drive, ON AN ON, Perfume Genius, Queen, Radiohead, Summer Covers Series, U2, Where I End And You Begin 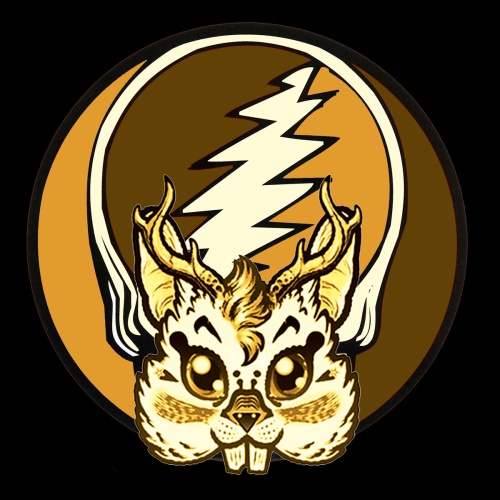 In honor of the Grateful Dead’s 50th anniversary, we thought we’d play tribute by covering one of their classic tunes “New Speedway Boogie” !! The cover features Clint Maedgen on Vocals and Sax from Preservation Hall Jazz Band. 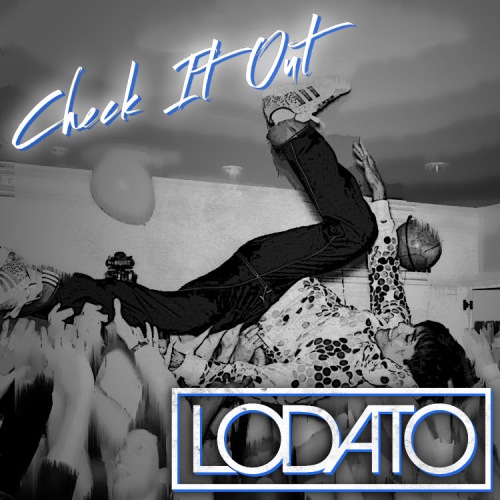 Making some of the freshest and most inventive progressive house sounds out of NYC, Lodato has been steady making waves amongst DJs and keen listeners for several years. Expanding his musical reach to wider horizons, Lodato has released “Check It Out,” a banging party jam that combines elements of disco and electro house for a feel-good anthem filled to the top with hands-in-the-air vibes. True to his style as a party-rocking DJ, Lodato keeps the same amp in his productions, complete with ultra-clean finish that sounds sonically excellent while maintaining max hype. 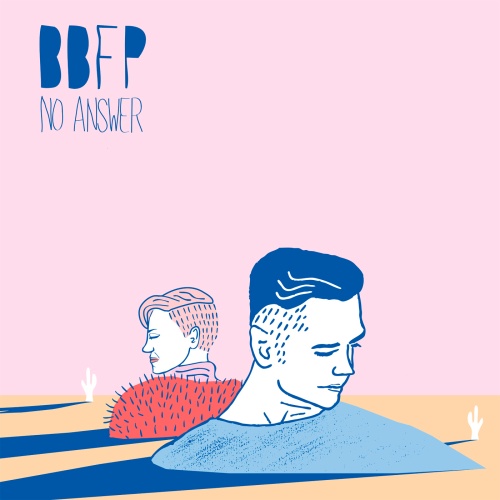 “No Answer” is the new single from Melbourne electronic duo Back Back Forward Punch (aka BBFP), and it is also just the first taste of what we can expect from their upcoming debut EP.

Written and recorded in their home studio in Melbourne’s inner-west, Andy Liddell  and Laura Boland take us on another wonderful romp through their invigorating electronic soundscapes.

Andy creates a stunning tropical island backdrop with his seamlessly playful production, setting the scene for Laura’s lush vocals to take a gradual stroll down its sun-setting coastline. On the surface “No Answer” seems is like a ray of sunshine with its bouncy tropical beats, warm woody chords, and lush comforting vocals, but as you delve further into the tapestry of its sounds you begin to discover a world of turmoil and sadness.

It’s a song about trying to find an ending amongst indecisiveness, not really knowing what to say when there’s no words left to use.

“When we started writing No Answer, the sounds were light and tropical and fun, but as the vocals and lyrics developed, we realised this song had some dark undertones. If No Answer was a postcard it would picture a tropical island with a storm rolling in, and on the back it would be blank” – BBFP

“No Answer” is available to download for free via BBFP’s Soundcloud, but only until its official release on June 18. We can also expect a few more singles from BBFP  over the coming months in the lead-up to their debut EP. 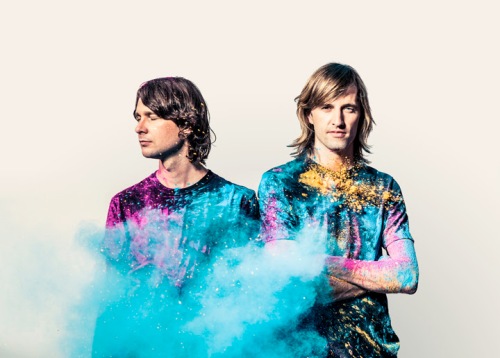 Listen / download: Cut Copy – A Forest Through The Trees Mixtape

Cut Copy’s live performances are revered by fans and critics alike as an international festival staple that never fails to leave thousands enraptured, but DJing has always been an essential part of their career. No strangers to the decks, the band is thrilled to announce their first-ever proper DJ tour, making stops in LA, SF, Chicago, NYC’s PS1 series and more. Cutters labelmate Knightlife will join Cut Copy’s Dan Whitford & Tim Hoey on the majority of headline shows, and the combination should bring an unstoppable delicious groove through the night.

“We’ve always DJed as long as the band has been around, and club culture is an important part of what Cut Copy is about,” frontman Dan Whitford explains. “From the ‘Fabric Live’ series Cut Copy mixed in 2006, to the underground Melbourne dance compilation ‘Oceans Apart’ that we curated and mixed last year, this has been an important part of our musical makeup. So I guess it’s probably overdue that we’re finally doing proper DJ touring this year.”

In celebration of the upcoming DJ Tour, the band have released a brand new mixtape called A Forest Through The Trees, which effortlessly blends classics from Talking Heads, Chemical Brothers and Durutti Column with contemporary blazers from Jamie XX, John Talabot and Four Tet. It’s a great example of the band’s deep knowledge of dance music history and thirst for the newest grooves, a combination that is sure to set dancefloors alight.

“Every so often while we’re writing new music I’ll make a mixtape for the other guys in the band, or one of the other guys will put something together for us to get inspired by. It’s our band’s way of staying in tune about music we’re discovering while we’re apart.,” explains Whitford. “I’vebeen doing some low key DJ’ing on my own a little bit over recent months, so I’ve included a lot of tunes I’ve been playing out. But I’ve also weaved in some more esoteric stuff that I’ve been listening to at home. It’s a bit like emptying out musical part of my brain and putting it on tape.” 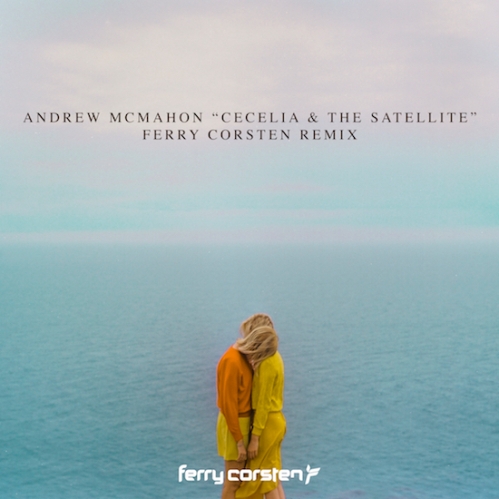 Listen/download: Andrew McMahon in the Wilderness – Cecilia And The Satellite (Ferry Corsten Remix)

Andrew McMahon in the Wilderness has shared Ferry Corsten’s remix of his Top 15 Alternative Chart topper “Cecilia and the Satellite”. The track merges Corsten’s singular trance sound with Andrew’s soaring vocals for a shimmery dance jam that opens into the original’s inspiring chorus.

Andrew McMahon in the Wilderness will also play several festival dates along with some one-off shows this summer, including Big Guava Festival and Firefly. All current tour dates are listed below.