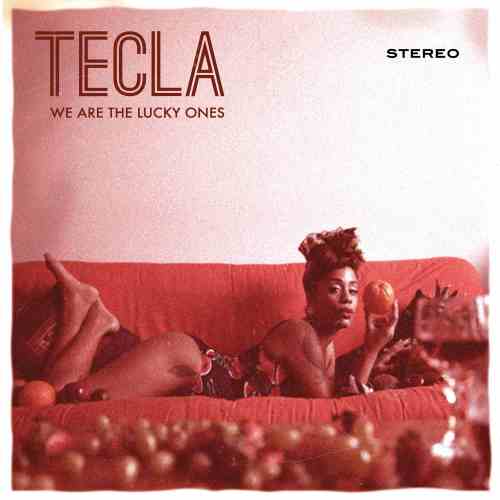 “Tecla deftly blends electro-pop with tropicalia, hip-hop, funk and R&B, creating an awesome stew of dance music fresher and more original than much of what we’ve heard lately.” – PAPER

NYC singer, rapper, DJ, producer and boundary-breaking artist TECLA has released her sophomore album, We Are The Lucky Ones. Written entirely by TECLA herself, the album infuses tropical, Caribbean, pop, and funk elements with TECLA’s unapologetic rap lyricism. We Are The Lucky Ones is available for purchase via iTunes and other digital retailers, and you can stream the album in full at AOL Spinner.

We Are The Lucky Ones features tracks like “Lucky Ones,” full of skittering beats and rumbling synth, and the anthemic “Money,” a club-ready satirical take on gold digging with an instantly memorable hook. The hypnotic and soulful “Tragic Mulatto” was co-produced by members of Chairlift and takes a look at the life of iconic actress, singer and dancer Josephine Baker. “Fiction Fairytales of Love” closes the album with an ominous dancehall beat, spiraling vocals, and melancholic acoustic guitar, which explodes into layers of hand drumming and feedback.

TECLA recently performed live on WNYC’s Soundcheck, and you’ll be able to hear the full performance on air and streaming online soon! Those in the NYC area will have two chances to catch TECLA live next week, including her album release party at Joe’s Pub.