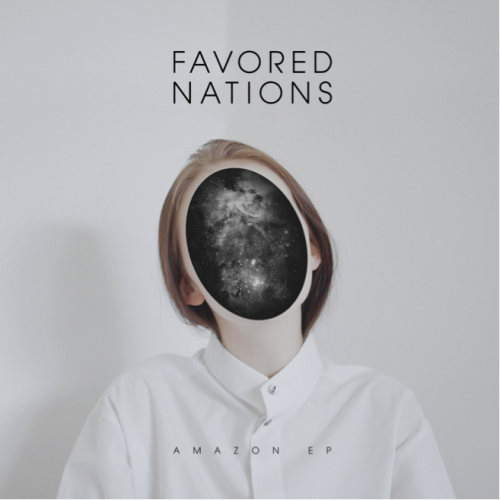 “With a sound that’s ideal for hazy afternoons spent spinning in the sun or warm nights with the wind in your hair, Favored Nations deserves a prominent spot in your summer playlist.”  – BlackBook

“Musically it’s as smooth as the flesh on a lady’s inner thigh—100% Steely Dan vibes on a kicky nu-disco tip. We love.“ – Noisey

The product of a night out in the city of angels, trans-Atlantic trio Favored Nations has accomplished quite a bit since they cut their first demos in early 2012. They release of their first EP, Blame Game, was met with critical acclaim. Then, Rockstar Games used their song “The Setup” for the finale in their hugely popular video game Grand Theft Auto V.

Their accomplishments thus far aren’t too surprising since the trio is made up of some very familiar and beloved men on the dance music scene. James Curd is one of the most sought after remixers in the genre and he founded the group with singer Morgan Phalen, whose voice will sound familiar to anyone who listened to Justice’s psychy second LP Audio Video Disco. Curd then added Surahn Sidhu, touring bass and guitar player for Empire of the Sun, to the mix.

For the past few months the three have been working through touring commitments, solo projects, and the space of an ocean to construct a new EP. On July 1st Favored Nations will be releasing their second EP Amazon via Jupiter Clique. Yesterday, Stereogum premiered the lead single “Amazon,” which they deemed “a joy” and “a breeze.” This lead single will soon be receiving a music video before the EP is released.

“Amazon” is an energetic track, built on frantic rhythms and soaked in catchy guitar riffs. The song blazes its way through the fun-filled three minutes fifty leaving you with no other choice than to play it again. If “Amazon” is L.A, then “That’s Not Who We Are” is definitely the Bahamas – sun soaked rhythm guitar accompanied by sample heavy drums and an infectious summer vibe. The EP is then finished out with “The Setup,” a track familiar to those who were able to play their way through Los Santos. All in all, the whole EP is cause for a cold drink and a good time.
Advertisement