Check ‘Em Out: The Point 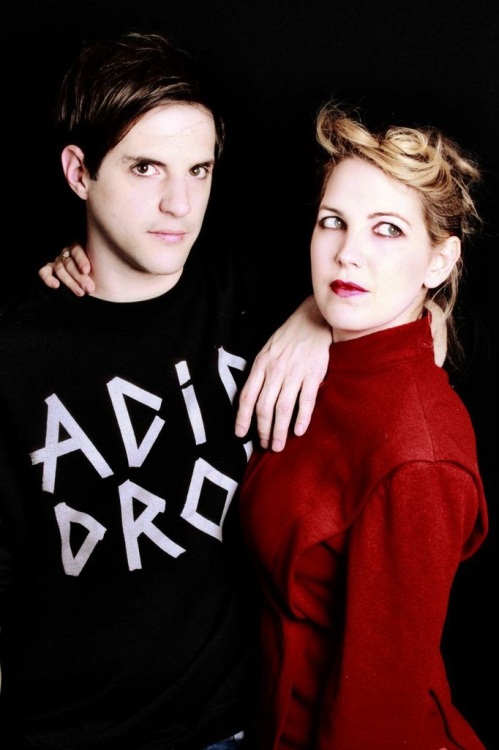 “…the kind of chilled-out indie pop that makes you open your eyes a little wider, O’Neill’s meandering vocals anchored by an 80s-inflected beat” – BlackBook

Brooklyn-based synth pop duo The Point share second single “Procrastination” from their forthcoming follow-up EP South Second due out August 12th. The new EP includes previously released track  “Fuck Money” as well as a cover of beloved Big Star classic “Thirteen”. The Point is the newly formed project of couple Michael O’Neill (JD Samson & MEN, Ladybug Transistor) and Sammy Tunis (formerly of The Lisps) who have translated their personal relationship – past, present and future –  into one of eclectic artistic collaboration. O’Neill says of the new track :

As a perfectionist, I constantly feel like I should be working or doing something “productive”.  But being so hard on myself is so overwhelming, it often leads to doing nothing at all.  In turn, I have felt creatively stifled, wasting countless hours feeling insecure, anti-social and bored.

One day, I went on a walk with no intended destination. Instead of staying home and staring blankly into a computer, i got up and suddenly left, walking around aimlessly for about 2 hours. In that time, I had a simple purpose – to put one foot in front of the other and enjoy myself and my surroundings.  I came home from that walk and immediately wrote this song.

The Point was formed in the summer of 2013 when O’Neill and Tunis left New York City and temporarily moved to Maine, where a collection of ethereal songs emerged from the intimacy and isolation of city exile. They spent September on Mt. Desert Island, where they stayed in a friend’s home and recorded a demo in a barn over-looking the ocean.

The first of a series of three EPs, Somes Sound (named for a body of water on Mt. Desert Island) is, in Tunis’ words, “break-up songs we probably should have written years ago.” With a nostalgic and haunting 80s feel, these songs speak to a forgotten need for closure and a reckoning with the past, and they set the stage for the next two EPs, which deal with the present and future.