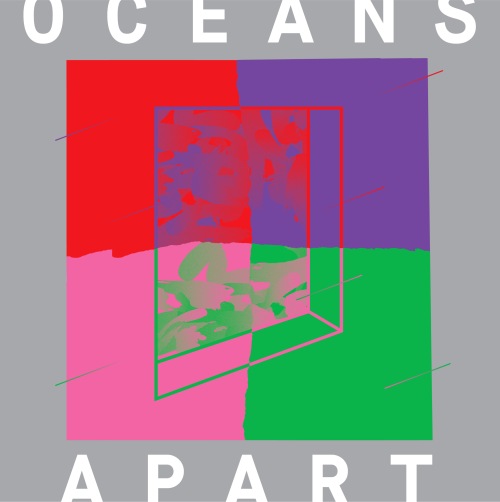 Cut Copy has truly become an international band in the past decade, having released four albums & performed over 1,000 global headline tour dates & prestigious international festivals in the process. They’ve additionally DJ’ed continuously during that period, remixed a selection of amazing artists, and run their own dance imprint, Cutters Records. The global Melbourne ambassadors have now just announced Cut Copy presents: Oceans Apart, a 19-track continuous DJ-mixed snapshot of new & exclusive music from their hometown’s thriving underground dance music scene & club culture mixed by the band themselves- set for release digitally November 11th! In addition, two vinyl EPs of compilation highlights will be released on November 18th. For an early taste of the compilation, fans can give NO ZU’s “Raw Vis Vision” a spin.

Both a local scene document, which is increasingly rare in this global age, and a bumping 80-minute non-stop dance party, Cut Copy presents: Oceans Apart is the product of the band’s observations of its hometown, where it became undeniably apparent that this fertile community was mushrooming. As frontman Dan Whitford elaborates, “we’ve always found deep inspiration in the music of our home city. It’s where Cut Copy started, as just one band in a potent community of unique and likeminded artists. But it also continues to inspire and surprise us, with great new music constantly bubbling to the surface.”

“The motivation behind the compilation came from a late night conversation in a Melbourne club with a friend of mine. As we excitedly shouted over the noise of the dance floor, one of us said ‘the dance scene in Melbourne has gotten so interesting over the past few years- someone should really document this!’, adding “We looked at each other knowingly, and from that moment, the idea for Oceans Apart was born.“

Cut Copy presents: Oceans Apart threads together a cross-section of the different party crews, label rosters & ambitious lone rangers that have been catalysts in making Melbourne vibrant & happening week in, week out- all in the format of a continuous dance mix, which is what the music was made for.

There’s been much speculation as to how this unprecedented wave came about. Is the fluoride in the city’s water supply having positive side effects? Is it the mediocre Melbourne weather that’s either keeping people on the dancefloor or in house arrest, tirelessly tinkering in the studio? Is it the abundance of late night venues or the long standing presence of two influential community radio stations? Or does it all come down to the appreciative audience that are just as critical as the creators? All we do know is that this epidemic can’t be stopped and needs to be celebrated.