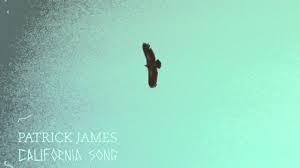 Originally hailing from Port Macquarie, on Australia’s New South Wales coast – Patrick James earned his performance stripes after moving to Sydney and becoming a regular on the street busking circuit. Through this constant performance to transient and preoccupied crowds, Patrick was able to develop a unique ability to captivate audiences with only his guitar and a microphone.

After releasing his debut EP “All About To Change” in 2013, and follow up EP “Broken Lines” in 2014, Patrick sold out headlines shows throughout Australia and New Zealand multiple times, as well as supported some incredible artists including Boy & Bear, Josh Pyke, The Paper Kits, Emma Louise + more. As well as widespread stellar reviews of both EP’s and building attention from his performances, Patrick has also had singles “All About To Change” and “Brighter Lights” featured in Australian TV dramas “Wonderland” and “Offspring”.

An honest and true songsmith with an innate flair for soft acoustics, stirring harmonies and a heavy-hearted lyric, Patrick James is a songwriter in purest form – once again showcased with new single “California Song”. Self-produced with a more mature and defined sound, “California Song” provides a refreshing and uplifting experience combining a driving beat, washed out synths, and the vocals Patrick has become known for.

“The song is about starting up again, making mistakes, forbidden love and finding a new path and following it, even if you don’t know where you’ll end up…the lyrics “Meet me in California” is meant to suggest wanting to be in a place where your slate is clean and there is only you and the one you love, and that’s all that matters for that moment in time”. – Patrick James