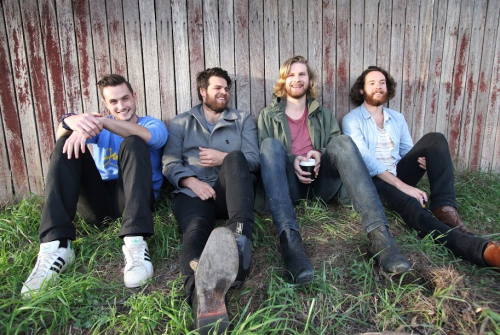 The first single off their debut EP and direct lyrical follow up to their breakthrough single “Ambien”, “Fabricated” is hand claps, oohs and ahhs, silky guitars, signature skeez and the realization that life can be a bit shit sometimes, but that’s okay.

Formed late in 2013, Wallflower have gone on to become a marquee act of the Canberra music industry and a hidden secret of the capitals leafy streets. Falling somewhere between Kanye West, Jinja Safari and Coldplay, Wallflower are an eclectic band carving their own sound and have already built a dedicated and ever growing fan base.

Named as one of Triple J Unearthed’s top 10 bands you missed in 2014, it’s time for Wallflower to leave the comfort of Canberra and become the band square in the middle of the nation’s consciousness for 2015.

“Fabricated” is ultimately a polished, intricate track full of depth and dancing driving rhythm. So volume up, just listen and dance.