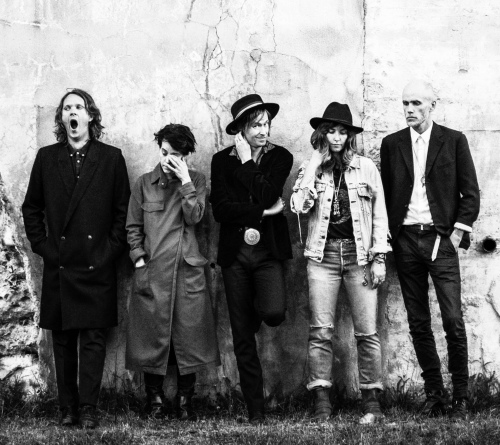 “There’s darkness in INVSN that is seemingly spawned by the barren Scandinavian landscapes of their rural base.” – Clash Music

“… the bursts of noise and bits of electronica provided by the band give INVSN a punchy edge that keeps us from becoming too comfortable.” – Pop Matters

INVSN releases the newest track for “I Dreamt Music,” a post-punk gem for the band’s forthcoming LP, The Beautiful Stories.

The song’s cadenced groove and dark tones are the perfect balance to the underlying message concerning consumerism and politics. Frontman Dennis Lyxzén is no stranger to incorporating political themes into his work, from his days fronting Refused to (international) Noise Conspiracy to INVSN.

Lyxzén shares his thoughts on how music is being exploited these days. “ Music always meant more to me then just entertainment. It has had a profound impact on everything that I am as a person and I see music as art and art as life. We live in a world devoid of meaning where we serve the lowest common denominator at all times. Where politics as an idea has failed us and where art is being reduced to consumerism and clickbait.”

“I Dreamt Music” serves as the fifth track for the band’s sophomore album The Beautiful Stories, set to be released June 9th via Dine Alone Records.

“Music is in many ways a young person’s game. That first debut record. The youthful exuberance and violence. But there are other things that might matter as much. Experience and hard work. Putting in the miles. The collective effort of this band is beyond anything I’ve witnessed before.

I can’t even begin to fathom the hours we spent record music, playing live and just living this life. Somehow it feels like it lead to this; this glorious piece of music that I have to say is one of the most exciting and experimental and genuine works of art I ever been a part of.

The process of writing and creating is often harder than we would like to admit and it doesn’t really get easier with age. But when the end result comes out as thrilling as this all those hours spent rehearsing and playing, all those hours on the road and all those records that came before, are totally worth it!” 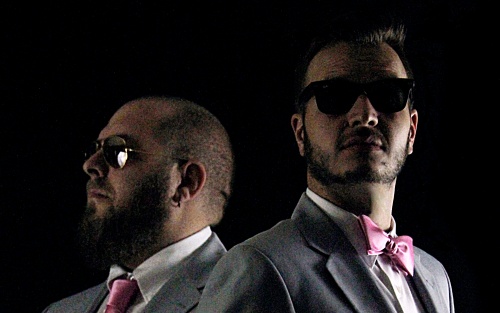 “IAMDYNAMITE have carved deeper into their unique style, blending elements from their musical roots of Seattle sound and 80s pop.“ – Earmilk

“Ridiculously good… The songwriting is light years beyond their debut.” – Pop Dose

” IAMDYNAMITE are back, and they’ve done a complete 180 – making an 80s-inspired slow burn record that comes off as Sting & Oates.” –  A-Sides with Jon Chattman

Michigan-based IAMDYNAMITE announce slew of new tour dates in support of its forthcoming new album Wasa Tusa (out August 7th on Brando Records) and reveal a new cut from the album.

The tour sees the duo of Chris Martin and Chris Phillips hitting the road across the U.S. from August through October playing such venerable venues as NYC’s Webster Hall, House of Blues in Myrtle Beach, Chicago’s Bottom Lounge and many more. A full list of dates can be found below.

The guitar-driven tension of “Bloom” bursts forth much like the name of the track implies. Premiering today, it’s the second cut revealed from IAMDYNAMITE’s sophomore album Wasa Tusa and follows the lead album track “Be There” which recently premiered via EARMILK.

Drawing inspiration from 80’s pop pioneers such as The Police and Hall & Oates to early 2000 nu-rave revivalists such as Klaxons and Simian Mobile Disco, IAMDYNAMITE’s synth-driven rock and alt-pop hooks are as danceable as they are delicious.

Wasa Tusa, set for release on August 7 via Brando Records sees IAMDYNAMITE expanding their repertoire and experimenting in the studio to create a new brand of freewheeling pop.  Produced by Matt Novesky, the album highlights their melodic, hook laden songwriting skills and delivers a swift emotional punch. 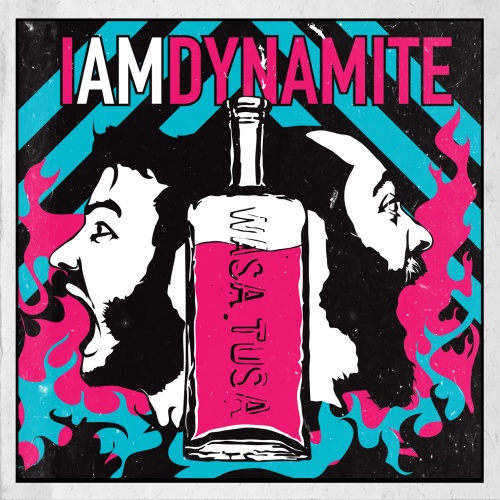