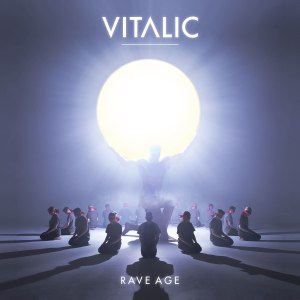 Techno maverick, Vitalic, released his eagerly anticipated album, Rave Age, last week via [PIAS] America.  The French producer’s third album takes the laser-guided disco for which he’s known to an altogether wilder but no less euphoric place.  This is a savage and carefree statement from a dancefloor visionary who’s spent the last decade redefining electronic music in his own particular fashion and has decided, as only he can, to keep things simple. In celebration, he has released the Rave Age minimix for free download.

Mixed by legendary production wizard, Stephane Alf Briat, known for his work with Air and Phoenix, Rave Age is a ballsy, firecracker of an album that showcases not just a passion for big room, electro smashers and electronica, but a broad set of influences that stretch from punk and film soundtracks to disco and indie dance.

Vitalic grabbed the international spotlight in 2001 with his now classic debut, the Poney EP. The record’s instant and enduring appeal saw Pascal aligned with Daft Punk and Aphex Twin as a singular producer capable of shaping the future of electronic music and is arguably the first techno record of the last decade. He has released many essential records since then including the blistering euphoria of “La Rock 01” and “You Prefer Cocaine”. Vitalic is also known for his searing live show.