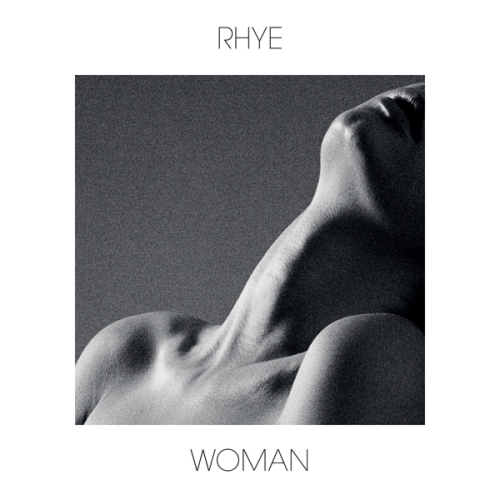 “…full-blooded heat, evoking what would happen if Sade met a caffeinated Air, a sublime voice floating easily on a ballast of clever instrumental touches.” – PITCHFORK

” direct, striking love songs that sound like classics the instant you hear them.” – DUMMY

Los Angeles-based Rhye, made their mark on the radar last year with their debut ‘Open’ EP and critically lauded single, “The Fall”, called “one of the most beautiful heartbreak songs” of 2012 by the Fader and receiving Pitchfork’s Best New Music accolade. In anticipation of the release of their debut album, Woman coming March 5th on Innovative Leisure / Loma Vista / Republic, Rhye are excited to announce their first US tour dates, cover art and track listing for Woman, along with a new video for their song “Open”.

In working with Danish director Daniel Kragh-Jacobsen on the nostalgia-inducing video for “The Fall”, Rhye decided to revisit the themes and questions proposed with the same director in a new video for their chill-inducing song “Open”.  With Kragh-Jacobsen at the helm to create an extension, or rather second chapter of the narrative in context of the album, Manuel Alberto Claro (Melancholia), was recruited as DP, giving the video the same colors, landscape and stylistic look of “The Fall”. Rhye set out avoid the cookie cutter artist-as-narrator music video and again create a short film to which “Open” could serve as the soundtrack.  This time around, we see a young woman teetering between her carefree youth and the challenges of adult life and love.  As the bike from “The Fall” became symbolic for the lead character’s inner-quest for happiness, here a reoccurring kite leads the main character to a surprise appearance from some familiar faces.