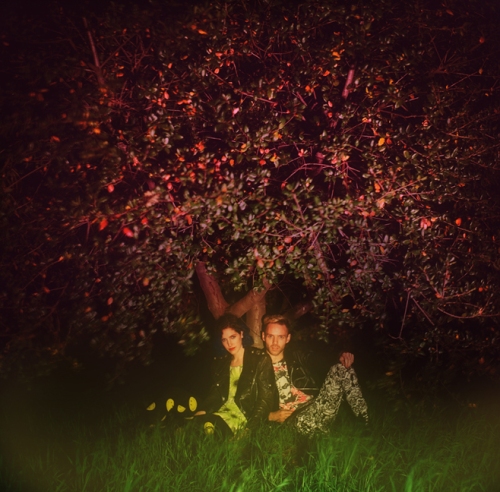 Earlier this month, MS MR revealed their first official music video for their new track “Fantasy.” The band explained: “Shot on location in Jamaica, Queens with our dear friend and talented director Austin Peters, the video for “Fantasy” stays true to the main themes and questions behind the track: things we imagine or think we understand are not as they appear. This video presents a world filled with fantasies gone wrong where the mundane, the surreal and the supernatural are all intertwined and what is real becomes a matter of perspective.”

The song is off of the band’s debut album Secondhand Rapture out May 14th in the U.S. on Columbia Records.

Also, check out the “Fantasy” remix by Kele Okereke from Bloc Party.

MS MR continues to enthrall fans around the world with their compelling blend of pop.  With “Fantasy” quickly rising to #2 on the Hype Machine ‘Popular’ charts. MS MR is the moniker for Lizzy Plapinger and Max Hershenow.  The duo’s debut Secondhand Rapture is comprised of 12 tracks and was produced by Hershenow, with additional production and mix by Tom Elmhirst.  The duo recently played a handful of new songs during their sold-out stints at NYC’s Mercury Lounge and headline debut at the Echo in Los Angeles.  You can catch the band performing at this year’s SXSW.