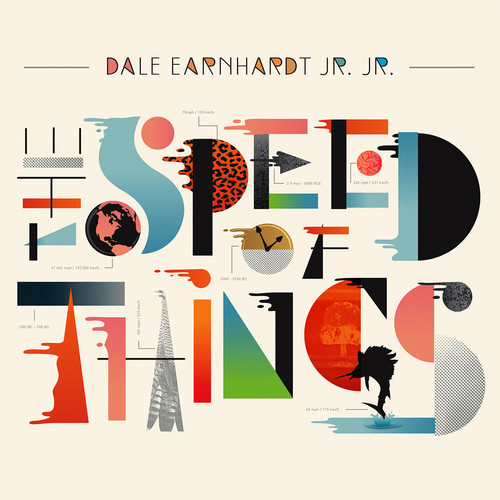 Just two weeks out from the release of Dale Earnhardt Jr. Jr.’s sophomore LP, The Speed of Things, the guys have dropped a brand new song, “Don’t Tell Me.” DEJJ’s Josh Epstein and Daniel Zott explain: “Before we even knew we were going to make a second album we began playing this song live almost two years ago and have been dodging questions after shows about when it was going to be made available ever since.” The track premiered with Conan O’Brien’s Team Coco yesterday.

Paste recently championed DEJJ’s lead single, “If You Didn’t See Me, Then You Weren’t On The Dancefloor)” as one of the “Best Songs of Summer” alongside the likes of Daft Punk, Justin Timberlake, Vampire Weekend, and more. Teen Vogue just called out the album as one of “The Most Exciting Albums Coming Out This Fall” raving “Dale Earnhardt Jr. Jr. makes straightforward, infectious indie-pop that you’ll listen to again and again.”

Dale Earnhardt Jr. Jr. have linked up with labelmates Atlas Genius for the “Ones To Watch Tour” this fall, which just launched this week. It includes two nights in NYC on October 10th and 11th at Irving Plaza, The Wiltern in LA November 6th and The Fillmore in SF November 7th. A full list of dates is below.

Tagged as Atlas Genius, Dale Earnhardt Jr. Jr., Don't Tell Me, If You Didn't See Me (Then You Weren't On The Dancefloor), indie dance, new album, Paste Magazine, Team Coco, The Speed of Things, tour dates