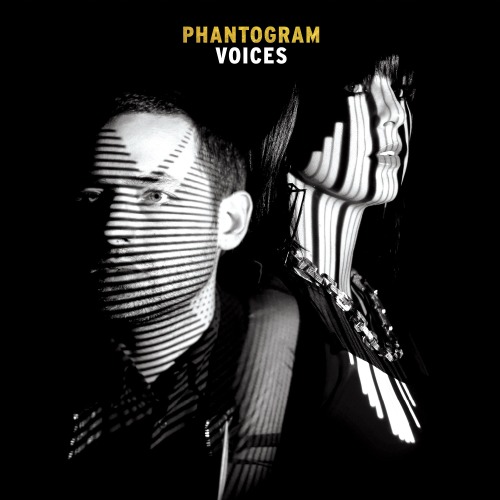 Phantogram have set February 18, 2014 as the release date for their forthcoming new album, Voices.

This is the critically acclaimed New York duo’s first major-label full-length, and it’s already shaping up to be one of the most anticipated albums of the new year. The pre-order for Voices went live yesterday

Moreover, fans who pre-order from iTunes will receive an instant download of the band’s brand new single “Fall In Love”, which is also available at other digital retailers today, and as the A-side of a limited-edition 7″ vinyl single at physical retailers in early 2014.

Before the official radio add date, “Fall In Love” is already captivating radio gatekeepers and fans alike. Its effect proved so powerful that multiple stations in major markets added the song into early rotation. Over the past week “Fall In Love” has become the most-added track at Alternative Radio, and it continues to rise. Feedback has been just as astounding.

Phantogram will be performing on the West Coast during the week of the record’s release, making the following stops:

Voices follows up the group’s celebrated self-titled EP, which spawned the track “Black Out Days”. Phantogram performed the song on Late Night With Jimmy Fallon in the midst of a triumphant fall tour that saw the pair and their live band headline numerous sold-out houses as well as an unforgettable performance at the historic Hollywood Bowl supporting M83.

Recorded in Los Angeles with co-producer John Hill (Santigold, MIA), Voices resounds immortally. Phantogram‘s full-length debut Eyelid Movies [2010, Barsuk] and Nightlife EP [2011, Barsuk] established them as one of music’s most intriguing indie outfits. Soon, the likes of The Flaming Lips and Big Boi [Outkast] began seeking them out for studio collaborations. Republic Records also recognized their spirit and joined forces with them in 2013.