“…Sea of Dreams, which channels The Smiths with it’s dreamy, light dada-rock production – think soft, romantic rock that makes you feel all warm and fuzzy on the inside. His debut EP ranges from playful to emotional, but always leaves you impressed.“ – Disco Naïveté

“My dreams are never like Chris Kitrell’s “Sea of Dreams,” but I wish they were.” – NPR’s Bob Boilen

After releasing their critically acclaimed self-titled debut EP in June, Baby Alpaca has spent time in Los Angeles (opening for Best Coast) and recorded and played in Seattle, Portland, Chris’ hometown Cincinnati and their home in New York for the CMJ Festival.The band is working on a full-length album, but before that they’ll release the Strictly Sexual EP on March 2nd via Atlas Chair. The EP consists of remixes by Shaun J. Wright & Alinka, Druzzi from The Rapture, Alex Suarez & Illyse / aka asis, Turbotito, TheArtSnobs and WYNN from Twin Shadow and showcases a wide emotional landscape around the gorgeous original song structures.

Today, NOWNESS has premiered the Chris Kittrell directed music video for “Sea of Dreams” (Turbotito Remix) which you can see here.

Last year, Vice’s NOISEY premiered the official “Wild Child” music video directed by Brian Leckrone and Adrian Stucker in the outskirts of Palm Springs in between the Coachella weekends.  You can hear two brand new tracks “Island of Love” and “When I See You Again” in their recent Daytrotter session HERE.

When trying to identify the music made by NYC band Baby Alpaca, it’s perhaps easier to try and figure out what the music is NOT. Judging by the music on the band’s first proper EP, it’s easy to say that this is definitely not your standard indie rock fare: an autoharp is involved, as well as both live and programmed beats and a smattering of guitars. The music eschews any musical tropes typically assigned to wispy bedroom electronica, beardy folk music, or the new wave of alternative R&B, but it could perhaps exist as a distant cousin to all of those things. Buoyed aloft by the winsome vocals of front man Chris Kittrell and shaped by the guitar styling of Zach McMillan, Baby Alpaca make music that is both romantic, vaguely tropical, and sufficiently futuristic—music that seems born of a million dramatic road trips that might provide a suitable soundtrack for a million more.

The four songs on the Baby Alpaca EP make for a striking, remarkably blissed-out statement of intent. The EP’s first single, “Sea of Dreams” (whose Dada-esque video premiered earlier this year via NPR.org) is as fitting an introduction as any band could hope to have: all echo-chamber vocals that seem to be haunted by reverby guitar lines and gently-played piano notes that drift through the song like ghosts. Tracks like “Wild Child” and “On The Roam” evoke a palpable sense of modern restlessness, something that permeates all of Baby Alpaca’s music. It’s a feeling that Kittrell attributes to his own meandering youth—a time spent experimenting, studying, travelling, and trying to locate his own creative voice.

Baby Alpaca continues to turn heads with their sublime use of sound and vision, both in a live setting and via the creation of new songs and video productions. 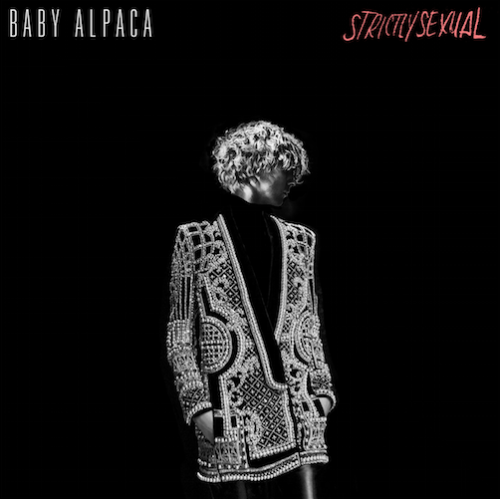