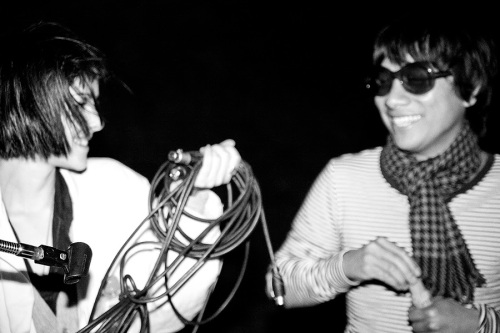 Jena Malone and Lem Jay Ignacio, aka The Shoe, first met at a Christmas carol party at the Mandrake in Los Angeles, California in 2008. They ended up playing that night and meeting for the first time on stage. They performed “Walking in a Winter Wonderland” but with Jena singing completely in scat-style gibberish and Lem Jay musically not missing a beat. A unique musical friendship and language was born.

Jena had built an instrument she called “The Shoe” which was simply an old steamer trunk she dollied around with a plethora of electronic instruments inside. She brought it over to Lem Jay’s garage to jam soon after they met. Lem Jay, who is a pianist and music producer said:

“From that night, it seemed like she was always over and we were always free-styling, making up songs, playing abstract piano duets, psychotherapy rants and love spells. We’d stay up all night recording all our jams, sometimes we’d improvise complete songs from start to finish. I think we literally have over a hundred hours of nights like this. Since we did this so much, it was hard to know what it was, whether it was a band or an art project or just two friends constantly making music.”

The band’s first EP, At Lem Jay’s Garage, came out in 2009 under Jena’s label, There Was An Old Woman Records.

The Shoe’s sophomore effort, I’m Okay, also recorded in Lem Jay’s garage, beautifully captures the essence of today’s pop music. Malone, her voice sailing tenderly amongst Ignacio’s poignant arrangements, recites witty lyrics, resembling those of the grand songstresses Joni Mitchell or Rickie Lee Jones. The instrumentation, a Wurlitzer piano, an electric guitar, a bass and percussion, interweaves in the most handsome, yet minimalistic ways, borrowing elements from the fuzzy surf pop of the Beach Boys, the dreamy shoe gaze of Mazzy Star and the catchy melodies of Sara Bareilles’ classic pop songs.

Of this newest effort Jena says “This new record means so much more to me because I actually wanted to write songs. I wanted to craft them more than I had ever done. I love the art of freestyle, for me I always start there as a songwriter, but this record was different. I wanted to tell stories everyone could feel and understand, not just me.“

Jena Malone has been acting for over 19 years in independent and blockbuster films. Most recently seen in The Hunger Games: Catching Fire and soon to be seen in Paul Thomas Anderson’s film Inherent Vice. She has been making music for eight years and has self-released two albums as Jena Malone and her Bloodstains.

Lem Jay has made music with many different artists, including Zooey Deschanel and Charlyne Yi. He has composed music for brands such as Pokémon and Converse and for art projects at MOCA, LACMA, and The Hammer Museum. 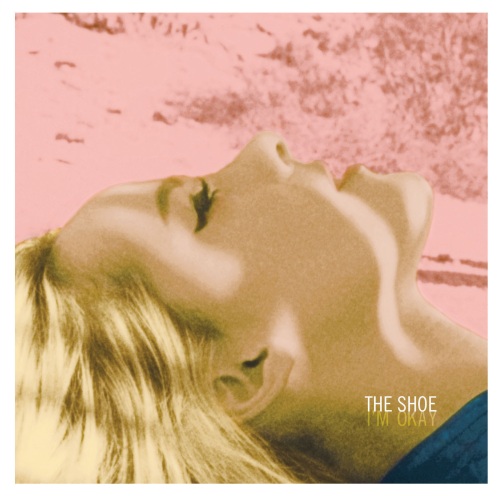 Also: Check out Jena on Late Night with Jimmy Fallon talking about The Shoe.