New Album: Setting Sun – Be Here When You Get There 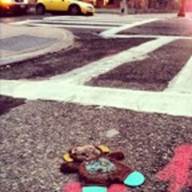 It’s been awhile since we’ve heard from Setting Sun. But, they’re back with a their fifth album called Be Here When You Get There out now (as of the 22nd) through Young Love Records.

Have a listen at a couple of songs from the new album. Unfortunately, this playlist does not have the 2 songs that I like from the album, “Idiot” and “Singularity”, which the latter has sort of a Gary Jules sound to it. All of the songs remind me a teensy bit of the Dandy Warhols, too.

Listen: Setting Sun – Be Here When You Get There

Here’s links to buy the album:

Bandcamp (This link will let you listen to the whole album, including the 2 songs I mentioned above.)