That Awesome Song From The Bud Light Commercial 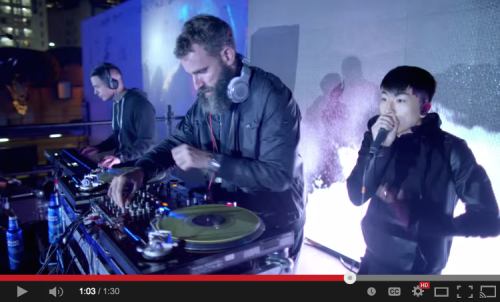 Remember that really cool song that was playing on the Bud Light commercial during the Super Bowl??? Well, here it is!

It’s no secret that Bud Light kills it with their Super Bowl advertising every year, but this year it’s on a whole other level. The 90-second ad features Life On Planes label boss and Grammy-nominated producer DJ White Shadow on the 1s and 2s, soundtracking a massive real life game of PAC-MAN™ – all a part of Bud Light’s recent #UpForAnything campaign.

Featuring White Shadow’s own production alongside irreverent sampling of the timeless sound effects from the arcade classic, “DJ White Shadow vs. PAC-MAN™” is available for streaming below: