Video: Shaggy – “I Need Your Love”

Grammy award winning Reggae superstar Shaggy, is showing no signs of slowing down or taking a break. Last year we saw Shaggy tour his album “Out of Many, One Music”, which received 2014 Grammy nomination for Reggae album of the year. Some may have asked, ‘What’s next for Shaggy’? Well, “I Need Your Love” is whats next. Released September 2014 “I Need Your Love”, featuring Mohombi, Faydee and Costi, immediately gained global notoriety with over 800,000 YouTube views in less than one week. Its no surprise that this single is currently in the Pop Top 40. 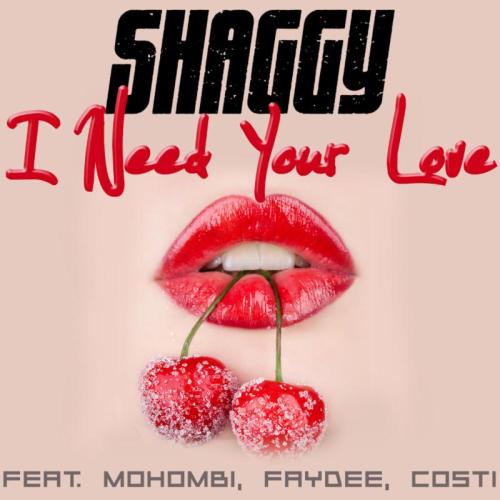 “I Need Your Love” is truly a global collaboration, featuring Afro-pop star Mohombi, Australian singer Faydee, Romanian producer Costi and Shaggy whose dancehall mix brings something extra special to the track. Currently playing on mainstream radio, “I Need Your Love” commanded over 750 spins in one week resulting in a 7 place jump from 46 to 39, entering Shaggy on the top 40 pop chart. This is Shaggy’s 9th hit on the billboard charts.

“The success of the single is not solely on me, I must thank my team as it is definitely a team effort to reach where we are right now. So much more to do but definitely pleased with the success” says Shaggy.

Shaggy recently premiered a video for a new single “Picture” featuring Melissa Musique, exclusively via the leading music identification app Shazam. While “I Need Your Love” continues to excel on social media, on the air waves, in the clubs and currently over 20 million views on YouTube, it is evident “I Need Your Love” will be a hit for 2015.