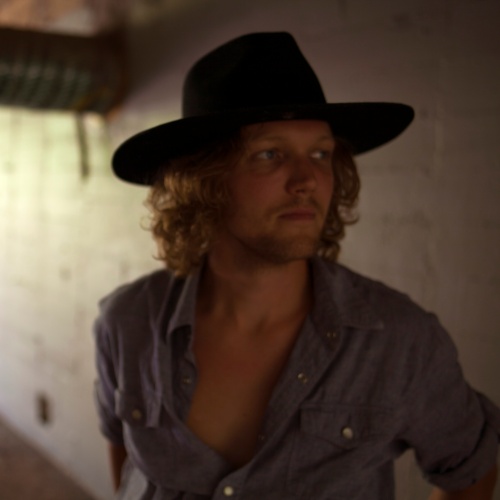 From Chicago to Kansas to Austin to your ears – after playing in bands such as Hospital Ships and Your Friend, Nathan Dixey presents his solo debut as The Dan Ryan. The self-titled album, out May 27, is also the debut release for new Venice, CA-based label Cosmic Dreamer Music. Cosmic Dreamer is a platform for artistic expression. Founded by visual artists who play music, the label believes in the power of connecting with others through sight, sound, and experience.

For a taste of the album, check out the psych-folk single “Fleeting”.

If the Grateful Dead of 1977 started collaborating with the Grateful Dead of 1966 under George Harrison’s supervision in 2014, the result would sound similar to The Dan Ryan. Sonically, the LP is unique, blending pop sensibilities and electronic textures with tender vocals. Experimental and deeply personal, the songs bear a chapter of change with deep lyrical content, yet the music never becomes too dark or overbearing.

Formed in 2011 as a side project in Lawrence, KS, The Dan Ryan is now based in Austin, TX, where the debut LP was home-recorded between December 2013 to July 2014. Psychedelic and deeply personal, these songs bear a chapter of change and evoke the fleeting nature of one’s perspective on life.

The Dan Ryan stretches eleven miles through the south side of Chicago. A clogged artery, the expressway slowly churns its commuters from the city’s heart to the ghettos, outskirts, and suburbs out beyond Northwest Indiana.  Trains shuffle through its enormous median to 95thStreet.  Great iron edifices deliver passengers east and westbound, roaring seventy feet above the freeway’s concrete floor. Tucked in the city’s southwest corner lays a patch of forest bearing the same name.  Carved by glaciers, The Dan Ryan Woods boast Chicago’s highest vantage point.  Climb its light towers to admire her big, broad, shimmering shoulders.  Linger under its giant maples to escape the whirr of the city streets. The Dan Ryan represents the imminent collision between tranquility and transition; an acknowledgement that regardless of ones stature, seat, or disposition, you’re still along for the ride.