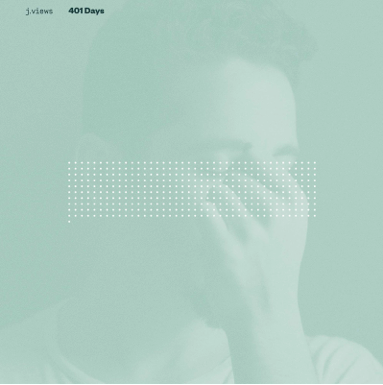 Conceptual artist and musician J.Views is set to release his ground-breaking interactive album 401 Days on Friday May 20th with a special NYC album release show Thursday May 19th at Rough Trade in Brooklyn. Following the release of his critically-acclaimed single  “Don’t Pull Away” (featuring Milosh of Rhye), the Brooklyn-based artist shares breakout single “Into The Light” ft. Wild Cub, and announces details of a special edition vinyl package complete with a lush 40-page collector’s edition hardcover companion piece.

401 Days is an interactive album that was made in real time as J.Views shared every demo, lyric line, melody, on the way to completing the songs, inviting fan participation in the step-by-step making of the album over the course of 401 days via his Cannes Lion Winning website. You can track the creation of any song – including the new-wave-inspired, synth-driven new single “Into The Light” ft. the rapturous vocals of Nashville-based Wild Cub –  through the website:  from its inception (“I started a beat that I really liked, based on a Karate Kid sample,” shares J.Views) through various steps of the creative process and on to completion.

The album – featuring collaborations with Gotye, Manu Delgado, Kelli Scarr, and the  first-ever heartbeat controlled music video – emerges from the digital realm and into the physical in a breathtakingly detailed vinyl package and book, following up J.Views’ Grammy-nominated art for his 2012 “Rivers and Homes” LP.

The physical incarnation of 401 Days includes the full album specially mastered for vinyl by Matt Colton (James Blake, Peter Gabriel, Brian Eno), and a stunning hardcover companion piece. The 40-page book is an art project unto itself. Made of globally-sourced materials “to achieve a very specific crunchiness that also exists in the music” explains J.Views, it includes map coordinates from the varying locations in which the songs were created and select images from the artist’s’ 401-day journey. 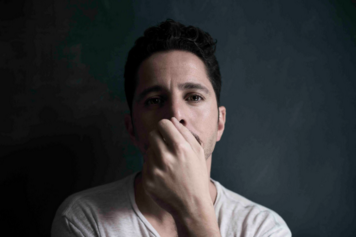 The Grammy Nominated New York-based songwriter, producer, and visual artist creates multilayered songs that blend raw elements with electronic music through his use of analog tapes, recordings of nature, and often, sounds sent by his audience. J.Views’ work has been presented in Victoria and Albert Museum London, The New Museum New-York, and  Digital Art Festival Taipei. The DNA Project and #AlmostForgot interactive video were developed by Hello Monday, known for their work with NASA, The Guggenheim & more.