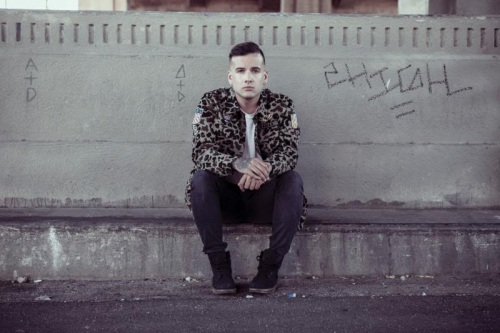 “There’s something about his diverse past that’s met by his music – a hybrid of disco, electro, pop, and soul (to name a few)…” -SPIN

“He sings, he DJs, he produces, he stuns…Tantalizing disco-inspired harmonies will no-doubt get you dancing.” – VIBE

Mastermind electronic artist, producer and singer, Mystery Skulls AKA Luis Dubuc, has announced his upcoming residency at one of LA’s hottest establishments, Dirty Laundry, for the month of October. Each consecutive Thursday from October 2nd through 30th, Luis will bring his dynamic set with live vocals, trigged samples and beats that come together in a dazzling fashion. He will also be joined by an array of supporting acts which will be announced later.

Hailing from Dallas by way of South America, Mystery Skulls has a knack for creating insatiable pop anthems, which blend hints of 70s and 80s pop and dance music with futuristic elements. He has also already captured the attention of legendary figures such as Nile Rodgers and Brandy, of which will be featured on his forthcoming debut album, Forever.

Earlier this year, I posted these videos — but here they are again, as a little reminder of the awesomeness that is Mystery Skulls: