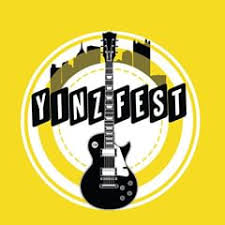 Mark your calendars if you’re in the Pittsburgh area! Saturday, July 27, 2019 from noon until midnight, YINZFEST is happening at Mr. Smalls Theatre in Millvale.

YINZFEST prides itself on showcasing the underground Pittsburgh scene and counter-culture. All three stages AND the courtyard will be used to feature over 30 bands performing their original music, including 3 from Wake Up On Fire’s own brand new developmental roster: Mellowphobia (think Catfish & the Bottlemen), Murderboat (think Art of Drowning era AFI meets Dookie-era Green Day), and Soul Alliance (shoegaze grunge inspired by Alice in Chains, Zeppelin, Cage the Elephant, and Slowdive).

Also announced with Round One (of three) were Dopamine, Larga Veda, Mellowscape (indie rock), Before You Leave (Deftones meets Middle Class Rut), Rebel Revolver, Wild Blue Yonder, and Not Your Average Losers! Twenty other bands along with poets, magicians, comedy and more, will be announced in two more musical rounds (May 20 and June 10), and a non-musical round on June 17.

A fundraiser will also be held to benefit Creative Life Support.

AND —- they’re doing a 90s sub-theme! Many bands will be playing one 90s cover in their set. Flannel, JNCOs, hacky sacks, disposable cameras — they are all super encouraged — and turn those cell phones off, too.