Tag Archives: Kids at the Bar 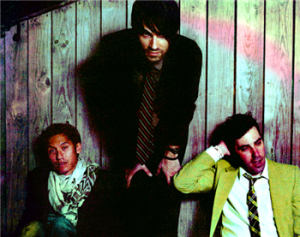 Last year I encouraged you to check out Glasnost. They did a remix of La Roux‘s “Bulletproof” that was pretty sick. Seemingly, most people have gotten to know the group for their recently released remixes. Yet, aside from producing killer dance floor remixes, Glasnost is also a live, four piece, electro pop band and DJ crew. Now they’ve released their newest original track, “Corridor.”

Their influences include Cut Copy, New Order, MSTRKRFT and Midnight Juggernauts. Glasnost remixes have been exciting blogs and dance floors worldwide. While releasing other “Glastnostized” renditions of tracks like Tiga’s “What you Need” and most recently Metric’s “Hands,” the band’s been busy producing their next collection of original tracks for their forthcoming album, Decade, due to release in late April. (AND right now they are at SXSW!)

Click here to check out Glasnost’s “Corridor” (AND remixes from Kids at the Bar, Midnight Conspiracy and NightWaves!)