Album Stream: Jesus on the Mainline

NYC-based jam band Jesus On The Mainline announces the release of their debut self-titled EP. Their sound is reminiscent of rock greats The Black Crowes and Janis Joplin, while simultaneously drawing influences from blues, jazz and funk classics like Stevie Wonder, Louis Armstrong and Quincy Jones.  This fifteen-piece band fuses jazz, soul, bluegrass and rock for an improvisational music experience that is unique from show to show.

Lead Vocalist Andrew Neesley is an award-winning musician, who flavors this unique musical collective with his contemporary jazz background. He performed with the Grammy-nominated Bobby Sanabria Big Band, while receiving his advanced degree from the Manhattan School of Music. Jesus On The Mainline formed in 2012 in New York City and currently features a rotating cast of fifteen active members. Singers Mel Flannery, Amanda Brecker and Tim Emmerick compliment frontman Andrew Neesley’s lead vocals, while a sprawling five-piece instrumental section lead on the horns, percussion, keyboards, and guitars.

Neesley has played renowned venues such as Carnegie Hall, the Kennedy Center, The Apollo Theater and The Jazz Standard. He has also been awarded the ASCAP Young Jazz Composer’s Award, the Student Award for Best Engineered Studio Album for DownBeat Magazine and won the National Trumpet Competition. Jesus On The Mainline has played sold out shows at famous New York venues, such as Bowery Ballroom and Mercury Lounge.

You can listen to the full EP stream below that Crave described as “…A rising sound that swells like a wave as it blends the spirit of Aretha Franklin into a soulful dance-romp through territories inhabited by Fitz and The Tantrums, Portugal. The Man and beyond.” 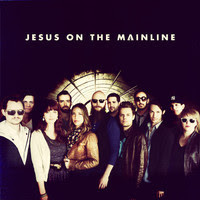 Stream: Jesus on the Mainline

Newest Love: The Julian Taylor Band – “Never Gonna Give You Up”

With recent packed performances at Canadian Music Week (CMW), showcased on CTV News, an opening spot for super group Magic! at the Mod Club, and a date at The Toronto Centre for the Performing Arts, THE JULIAN TAYLOR BAND has officially release the already widely-acclaimed CD TECH NOIR.

Toronto-based award-winning singer-songwriter Julian Taylor and his band are thrilled about the reaction of their much anticipated new album TECH NOIR. The first single “Never Gonna Give You Up” has already been nominated as a semi-finalist in the International Songwriting Competition and the video has blown up on YouTube with more than 300,000 views – the track storming the Top 40 on the Canadian Alt Rock chart.

A truly gifted performer, Taylor has a distinct delivery that’s raw and emotional. The sound on Tech Noir is a culmination of every musical genre that has influenced him throughout his life and his most recent reincarnation sees him moving towards the kind of music that inspired him as a child. While even more energetic in their live performances, the band’s new soul-driven pop-rock is inspired by the likes of Lenny Kravitz, Stevie Wonder and Bill Withers and this is reflected on the new album.