A return to musical roots is a time-honored tradition for many established artists who have endured for the better part of a decade.“We had this mantra: Back to the beach. That kickstarted the creative process. For the first time in a while that idea felt really fresh and exciting; let’s go back to what really worked for us as songwriters and felt special, and what was most authentic for who we are as artists,” says Zach.

What people are saying about the LP:

“pure indie-pop sunlight.” – NPR
“The surf is gnarly on this song, with groovy guitar stabs, big drums,
and sweeps crashing together to propel the track forward.” – Stereogum
” …packed full of catchy hooks and swiftly shifting melodies and rhythms, making for
an unpredictable and riveting listening experience.” – Paste Magazine
“a more refined but nonetheless infectious energy. It’s the kind of rock music
that the summer beckons… ” – Cool Hunting
“a bubbly indie pop song that promises to leave you in smiles” – Atwood Magazine
“Not since the Beach Boys has the world been treated to the level of sunshine and harmonies that appear on the indie pop band’s new track ‘Malibu ’79 Long.” – American Songwriter 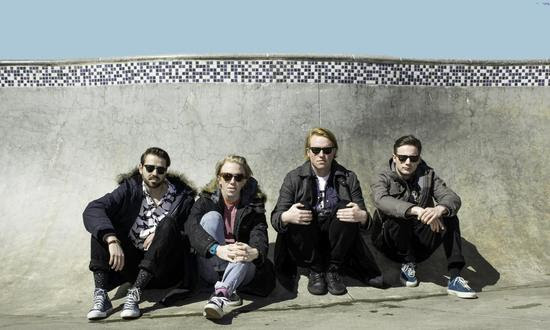 Slow Caves premieres their video for “Glares” and announces upcoming tour dates (see list below). The song is off of their Old Flame Records debut, Desert Minded EP released last month.
The band says of the video, “Most of the video was shot last summer, on the last day of our trip to Denmark. We wanted the video to reflect how we are as a band internally, and kind of give people a taste of what it’s like to hang out with us. So, we handed the camera to our cousins, Kristian and Martin, and just kind of goofed around. We shot most of the footage at their school in Silkeborg (where Oliver and Jakob were born). The scenery there is unreal. We think the vibe of the video matches the song and our personalities really well. It’s light-hearted and very sentimental and nostalgic.”
Impose Magazine premiered the song calling it an “Undeniably catchy power ballad,” and added “With a sound somewhere between Lower Dens and Joyce Manor, ‘Glares,’ does a great job showcasing the band’s ability to craft tight harmonies and do it in a way that feels effortlessly fun.”
Formed in Ft. Collins, CO in 2014, Slow Caves consists of Danish born brothers Jakob and Oliver Mueller (vocals, guitars) rounded out by childhood friends David Dugan (guitar/bass) and Jackson Lamperes (drums) who offer a relaxed and surf-y update on 80’s synth, 90’s jangle, and early aught’s indie rock.
Tour Dates:
4/28 – Fort Collins, CO @ FoCoMX Music Festival
4/29 –  Greeley, CO @ May Play Music Festival
5/13 – Denver, CO @ Summit Music Hall – Red Bull Sound Select w/ DIIV
5/26 – Davenport, IA @ Triple Crown Whiskey Bar and Raccoon Motel
5/27 – Chicago, IL @ Elbo Room
5/29 – Muncie, IN @Be Here Now
5/30 – Buffalo, NY @ Mohawk Place
5/31 – Providence, RI @ Aurora
6/2 – Brooklyn, NY @ Our Wicked Lady
6/3 – Philadelphia, PA @ House Show
6/5 – Asbury Park, NJ @ The Saint
6/6 – Pittsburgh, PA @ Spirit
6/7 – Cincinnati, OH @ Motr
6/8 – St Louis, MO @ Heavy Anchor
6/10 – Fort Collins, CO @ Taste of Fort Collins
6/24 – Denver, CO @ Westword Music Festival 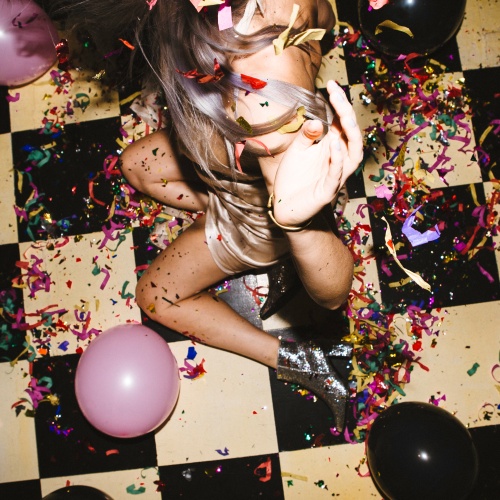 “Each of these 12 tracks is a party unto itself, complete with scuzzy bass, bright vocal harmonies, and enough reverb to fill a decently sized punch bowl.” – Consequence of Sound

“The band’s mastery of 50s era vocals and classic surf guitar will have you dancing in your chair while considering buying tickets to Hawaii.” – Noisey

[Lead singer Jessica Louise] Dye sings with an easiness that disguises how technically demanding the parts are. Translation: girl can sing, and she does.” – Brooklyn Vegan

“Somehow, they’ve managed to balance organic, unfiltered energy with the finesse necessary to craft lush and dreamy soundscapes that make you want to both chill and get up to dance and freak out – which is quite a feat.” – Alt Citizen

In advance of the March 4 release of their debut LP, NYC’s High Waisted is now streaming On Ludlow in full on Consequence of Sound. After paying their dues and building up a bad-ass reputation in the Lower East Side, the band is ready to release their sunny surf-pop to the rest of the world. In the midst of a dreary winter, Jessica Louise Dye and her band of long-haired hunks bring back the feel-good, warm summer vibes the city so desperately needs.

After the nonstop Winter Whatever tour (shot by the band for Impose), a trip to the Daytrotter studios, summertime shows on boats, and fundraiser “baked” sales, High Waisted is definitely due for a full album. On Ludlow will be self-released on March 4 with a hometown Lower East Side release show on March 3 at Mercury Lounge. The band will also be playing multiple showcases at this year’s SXSW.

High Waisted thrives on letting the city that never sleeps join in as another member of the band, holding just as much influence as any of the members and serving as the perfect backdrop to the endless summer nights spent on rooftops, the crushes gone wrong, and the friendships and memories that make it all right again. On Ludlow is Jessica Louise Dye’s narrative of love and life in the Lower East Side filtered through a lens of reverb and sunshine. 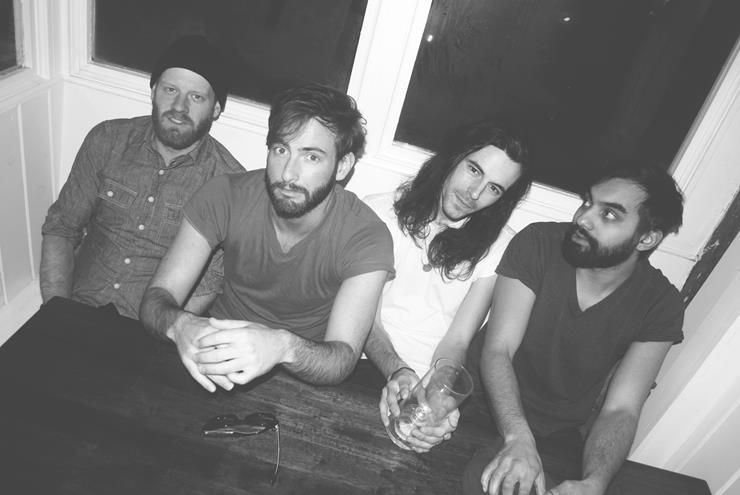 “Sounds like California with a Brooklyn edge. It’s LoFi goodness that’s hard not to warm up to.”
– The New LoFi

“Meet New York’s Little Racer.  They make some fantastic pop music… like Talking Heads if they cut their teeth in casino lounges.”
– Sippy Cup Everything

Little Racer is a four-piece from Brooklyn consisting of Elliot Michaud (vocals, guitar), Ish Nazmi (bass), Wade Michael (guitar), and Dave Tedeschi (Drums). Shortly after forming in 2010, their eponymous single Little Racer found it’s away across the ocean to the BBC and London imprint Young and Lost Club, who subsequently released the 7″ single  The Town/Split for the Coast in late 2011.  After a short visit to London to support the single, they returned to New York to write and record a follow up EP.  With influences ranging from New Order to Cat Stevens, their ringing guitars and choruses will most definitely take you away from it all, even if only for 24 minutes. 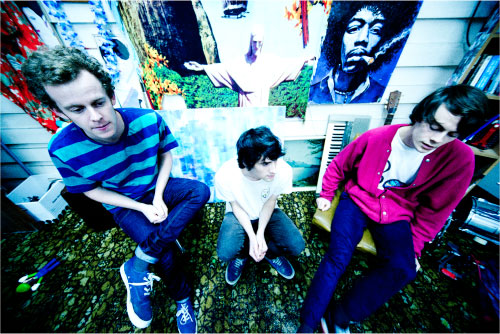 Ghost Wave are one of those rare new bands that already knows exactly what they want. The last time we heard this much rookie talent from Auckland, New Zealand, it came in the form of The Naked & Famous, and we all know how that turned out (well. Very well.). On debut single “Sunsetter,” The Wave set their sights high and aim straight for anthem status, constructing two and half minutes of sunkissed 70’s bliss around a massive Dandy Warhols Lick that hides in the crosshairs of Deerhunter and Tame Impala.
– Neon Gold Records

Ghost Wave is a rock ‘n roll band from Auckland, New Zealand. Inspired by skate vids, persian rugs and the music of Little Richard. 2012 will see the release of new Ghost Wave material including the release of an eponymous EP on August 21st, via +1 Records. A debut full-length is slated for release in 2013.

Ghost Wave will be coming to the United States for their first ever US shows at this year’s CMJ festival. 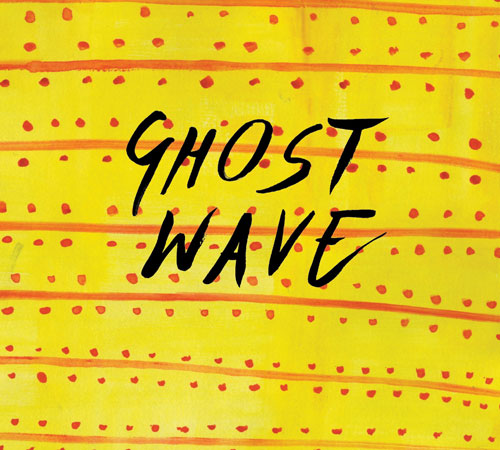 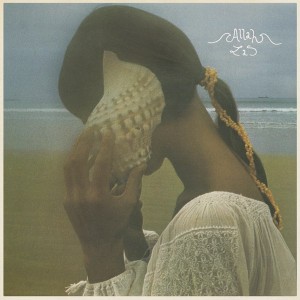 After celebrated releases from Hanni El Khatib and Nick Waterhouse, LA-based indie label on the rise, Innovative Leisure is excited to announce the debut release from their next big act to watch, The Allah-Las.  Recorded at the legendary Distillery Studio and produced by fellow labelmate Nick Waterhouse, the surf/psych-rock quartet’s music rivals that of some of the best Brit pop and garage rock bands from the 60s, laced with the sounds of the California coast line.  These are the kind of songs that bounced between London and Los Angeles, the kind of thing that could have come from Mick Jagger or Arthur Lee or both at once, with crystalline guitar and slow-mo drums that recall the way the waves take big bites of the beach at night.

In early 2012, the band released a video for their song “Tell Me (What’s On Your Mind)” that succinctly embodies the band vibes and references of American past and future via Super 8 footage.   If Gidget was resurrected in 2012, the Allah-Las would be playing this song at her beach party and steal away with her for a road trip in their VW van on the PCH.  This album is an adventure from the ocean to the desert to the mountains… this is the sound of California!