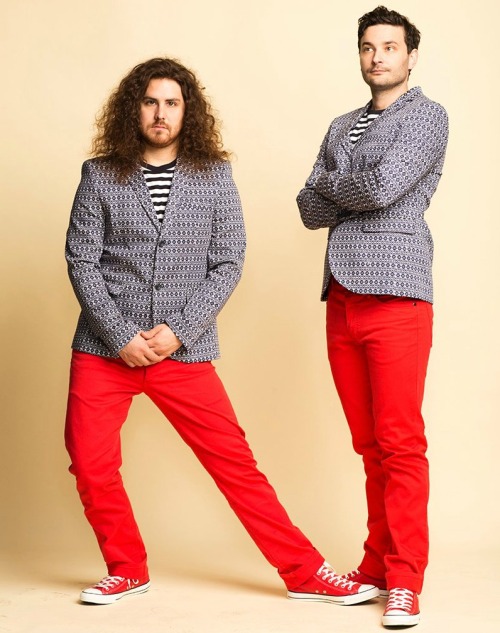 “Dear Internet and users of the World Wide Web, it is with much joy that we wish to present the video for “Dark Water”. We feel that this video really encapsulates the tone of the song in a haunting and strangely beautiful way.  Also, there are claymation versions of us–which has been a life long goal. Mission accomplished” – Josh Epstein and Daniel Zott, Dale Earnhardt Jr. Jr.

“Dark Water” is off the band’s brand new EP, Patterns, which came out a couple weeks ago. Dale Earnhardt Jr. Jr. are booked to perform their hit in the making “If You Didn’t See Me (Then You Weren’t On The Dancefloor)” on CONAN June 11th.

The guys have just come off playing a string of sold-out shows in support of the new EP, including a hometown Record Store Day show in Detroit and a Brooklyn show at Music Hall of Williamsburg. Next up they will be performing at El Rey in Los Angeles tomorrow, May 16th. For a full list of upcoming show dates, see below.

Dale Earnhardt Jr. Jr. are gearing up for the release their sophomore LP later this year.

Pete Yorn on the Tonight Show…tonight!

Pete Yorn’s new album will be out tomorrow! I already have the pleasure of owning it, (I’m a huge fan!) and Back and Fourth is just another great addition to his previous albums.

Tonight, he’ll be performing his song “Don’t Wanna Cry” on The Tonight Show with Conan O’Brien. Check it out, it’s a great song!