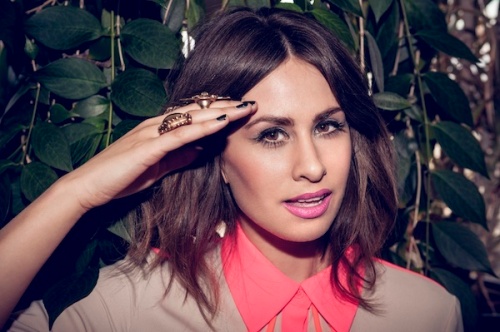 Tastemakers around the US have been buzzing ever since Gossling’s new single, “Never Expire” hit the web in late August, climbing to  #7 on Hype Machine at the same time it hit the Top 20 on Australia’s Triple J.

Plucked harps, guitar climaxes, and retro, European disco. Such is the amalgam of sounds that form the musicianship of Melbourne’s Gossling, also known as singer/songwriter Helen Croome. With sonic inspiration found in records by artists such as Goldfrapp and Metronomy, combined with Gossling’s heartfelt, diverse, and seriously enchanting talent and dreamy, startling voice, her upcoming full-length, Harvest Of Gold (to be released in the US in early 2014), insures that another great Australian talent is about to sweep the globe.

“Hopefully with this album the people who’ve only heard my singles will realize the extent of my songwriting,” says Helen, who signed to Dew Process in September 2012 following three acclaimed independent EPs: 2009 debut If You Can’t Whistle, 2010’s Until Then, and 2012’s Intentional Living. “I want listeners to stick with me as an artist, and enjoy the progression I’ve made.”

Gossling has already caught quite a few ears in the US via TV placements in American Horror Story, Gossip Girl, Nashville and Graceland.