Stream: New Album From The Chain Gang of 1974 – Daydream Forever 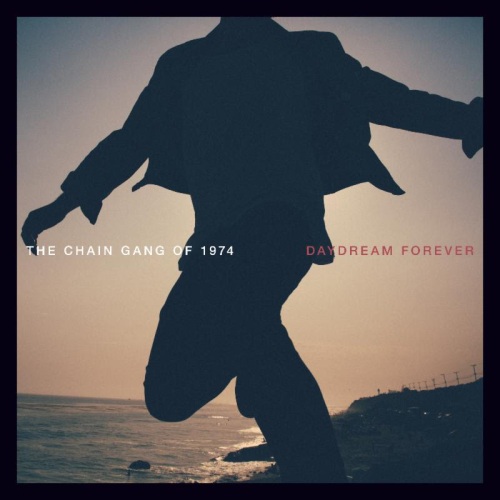 Earlier this week, Rolling Stone premiered the song “You,” proclaiming it “exists at the intersection between modern EDM and classic Eighties synth-pop.” Similarly, the album’s enthralling first single “Sleepwalking,'” which is featured on the television commercial for Grand Theft Auto V, recently debuted at #1 on the Alt Specialty Radio Chart and was also added to Sirius XM’s Alt Nation playlist. The song was nominated for Spike TV’s Video Game (VGX) Awards for “Best Song In A Game,” and is the most popular on the GTAV soundtrack , with over 30K sold.

Led by the genre-jumping singer/multi-instrumentalist Kamtin Mohager, the band will be performing at SXSW and Governor’s Ball, with additional tour dates coming soon.

Daydream Forever was produced by Isom Innis (Foster The People) with additional production and mixing from Tony Hoffer (M83, Phoenix). The new album is the anticipated follow-up to The Chain Gang of 1974’s widely acclaimed 2011 debut Wayward Fire, which Esquire declared “one of the summer’s most surprisingly fantastic new records,” earning similar praise from the likes of SPIN, MTV, FADER, NYLON, RCRD LBL and more. They have shared the stage with the likes of Foster the People, Big Audio Dynamite, Tapes N Tapes, and The Naked and Famous, as well as a lauded performance at 2011’s Lollapalooza, which Yahoo proclaimed “a fabulous onstage display.”