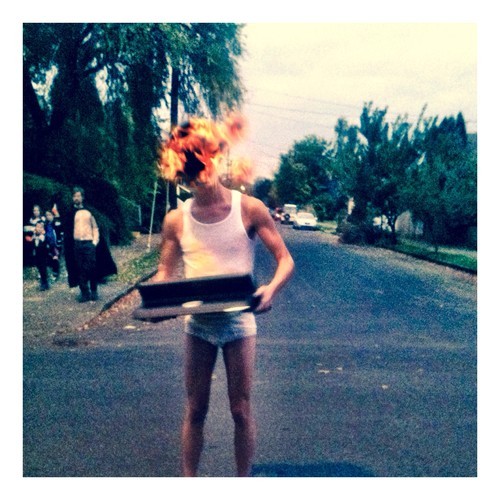 Portland beat based trio Hustle and Drone will release their debut full-length album, HOLYLAND, on September 2nd via Red Bull Sound Select (now available for preorder on iTunes). Having previously revealed their album single “The Glow,” an anthemic summer jam, the band has now unveiled another cut in the form of “Evaporated.” With minimalistic synth lines building to soaring falsetto harmonies, the track sets a darker- albeit equally infectious- tone.

Hustle and Drone was established in February 2012, when keyboardist Ryan Neighbors left Portugal. the Man to pursue his own songwriting. He teamed up with longtime friend Kirk Ohnstad, and the two immediately began recording & writing. Hustle and Drone released its debut, self-titled EP in July of that year. The band decided to record with producer Sonny DiPerri, which marked the beginning of HOLYLAND – spending time at beach houses & their basement in Portland in order to perfectly craft the record. In the summer of 2013, Kirk made his departure from the group- bringing in bassist Andy Black & Ryan Moore.