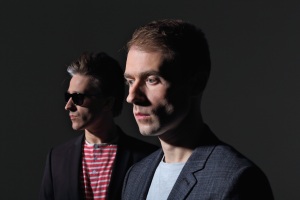 The British electronic pop trio Zoot Woman’s fourth album Star Climbing is out now on Embassy One Recordings and made an impressive debut on the iTunes chart reaching #21 on the Top 200 Albums list and #2 on the Electronic Albums list.

“We recorded Star Climbing over a three year period between our studios, working on songs and lyrics until we felt like we had found the albums direction. It is our most distinctive album to date, combining all our different tastes and styles into one.”  – Stuart Price, Zoot Woman

“We felt the need to challenge our own style, to open new doors creatively. It is without a doubt my favourite Zoot Woman album. The title ‘Star Climbing’ is about the idea of reaching for something beyond what you know.” – Johnny Blake, Zoot Woman

Zoot Woman is the British electronic synth pop combo comprising of famed producer Stuart Price (Madonna, The Killers, Pet Shop Boys, Kylie Minogue, Chromeo, etc) and brothers Johnny (guitar, vocals) and Adam Blake (keyboards) who met at school in Reading, England. Their debut album Living In A Magazine (2001) was hailed as one of the most important forerunners of modern electronic pop music, with Hall & Oates/Pet Shop Boys infused singles such as “It’s Automatic” and “Information First” and their stylish conceptual aesthetic. Zoot Woman went on to release two more albums Zoot Woman (2003) and Things Are What They Used To Be (2009) touring relentlessly while remixing artists including Scissor Sisters and Madonna under the name of Paper Faces.

Their fourth long awaited new album Star Climbing is a significantly different offering, fresh and optimistic electronic pop with trademark suave vocals from Johnny Blake, written and recorded in four different studios across the UK and in Price’s LA studio.

“Zoot Woman are back with a bang.” – The Guardian

“The trio—made up of brothers Johnny and Adam Blake, and Stuart Price—tipped its hat to the 80s without sounding redundant.” – Vice Noisey 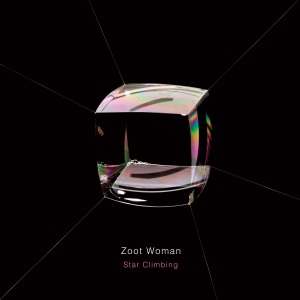