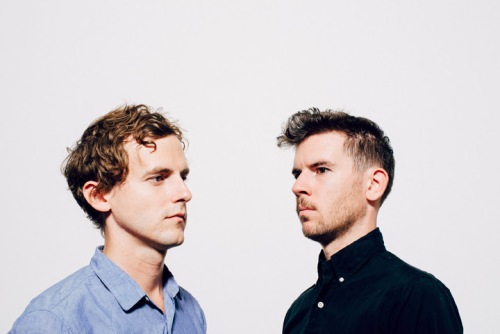 “It looks at life’s ties that bind and searches for ways to chill and not fight every battle.” – NPR

“a compendium of sparky, falsetto and synth-driven indie-pop […] Like MGMT before they fell down a psych-K-hole” – VICE’s Noisey

“Think of it as an ambient electro soundtrackto the segue from day to night.” – Esquire

New Orleans’ Generationals have released their highly anticipated fourth studio album Alix via Polyvinyl Records! Comprised of band members Ted Joyner and Grant Widmer and produced by Richard Swift (The Black Keys, The Shins, Foxygen), the new album has revealed itself as perhaps the band’s most confident record yet.

The album is an immediate classic, giving a tangible feeling of history which is no surprise as the duo have been friends since high school and Generationals co-captains since 2008. Built up with layers of rhythm, computer noises, RZA beats and poppy vocals, Alix is a good-smelling, subtly sexy, catchy-or-die blend of time-warp senselessness. It is an album lightly peppered with that signature Swiftian element but undeniably Generationals in taste.

Generationals recently announced a headlining North American tour in support of the release of Alix. Support on the run will be provided by Arum Rae and Springtime Carnivor + additional dates announced with Lowell.

(My favorites: “Black Lemon”, “It Took a Minute” and “Reading Signs”)