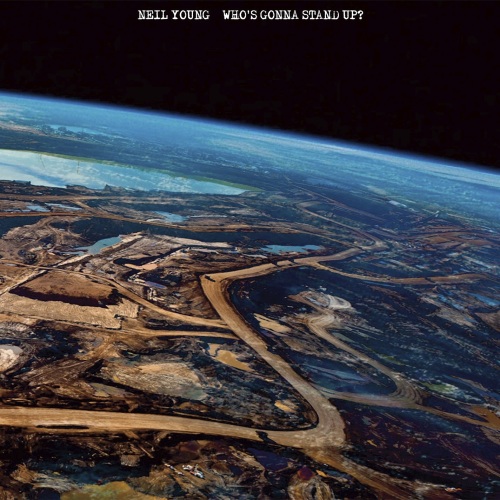 The new song is featured on Young’s upcoming album, STOREYTONE, which will be released this November. Details to be revealed soon. The song was originally performed at a Crazy Horse show in the U.K. this summer and more recently part of Young’s solo acoustic set at Farm Aid this past Sept 13th, at Walnut Creek Amphitheater in Raleigh North Carolina. The audience did indeed stand up and sing along in unison in support of the song’s plea to end our dependence of fossil fuels and realize our responsibility to protect our earth’s fragile eco systems to ensure the quality of life for future generations. To learn more visit: http://www.neilyoung.com/news/

Young also recorded the track backed by a 92-piece symphony and choir. Live, orchestral and solo acoustic versions of “Who’s Gonna Stand Up?” are all available via NeilYoung.com. Here are all three versions to check out:

“I’d like to make a record with a full-blown orchestra, live — a mono recording with one mic. I want to do something like that where we really record what happened, with one point of view and the musicians moved closer and farther away, the way it was done in the past. To me that’s a challenge and it’s a sound that’s unbelievable, and you can’t get it any other way,” Neil told Billboard in March.

More information to be announced soon. Until then, please enjoy “Who’s Gonna Stand Up?” Lyrics are below: 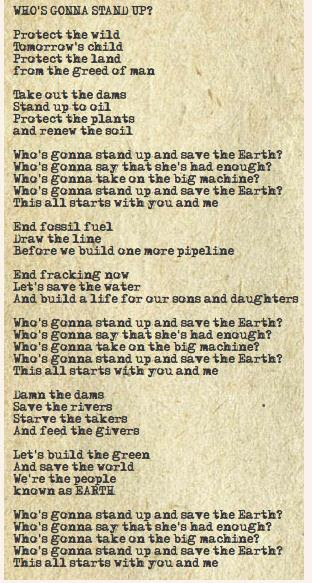