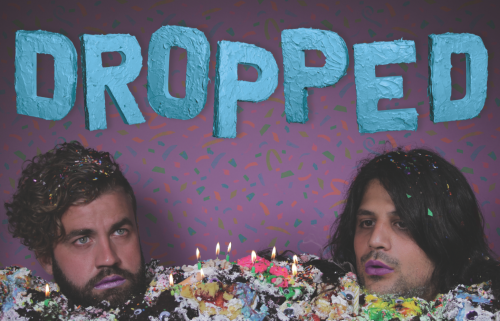 “Brick + Mortar’s songs may have a gritty edge to them, but the experimental pop duo of Brandon Asraf and John Tacon’s main goal is to encourage and spread positivity and self-motivation through music.” – Pure Volume

John Tacon and Brandon Asraf have truly been building a movement. Spreading a message of empathy, positivity, and self motivation… The two artists have been playing gritty, bright yet sinister, witty alternative pop for inspired audiences throughout the country. John Tacon started by playing in a few short lived bands. He suggested his friend, Brandon Asraf, pick up an instrument. He chose the bass guitar and it not only offered distraction, it changed the course of his life. While Tacon’s upbringing was reasonably normal, Asraf, on the other hand grew up “like wolves” amid five siblings in a New Jersey household headed by a conman father. Dad’s schemes ultimately tore the family apart. “Mom didn’t take everything that happened the best,” he says. But you can learn more about that in VICE’s article: “My Buddy’s Dad Was a Blood Diamond Smuggler”. Google it.

Asraf and Tacon jammed together for many years instrumentally before deciding to try writing songs. Asraf was initially concerned about his voice, but like with everything else, his confidence grew alongside his mastery. After giving their project its name in 2008, they followed in 2010 with Brick + Mortar’s first EP, 7 Years in the Mystic Room. It captured some buzz and, after lots of touring, the Bangs EP followed in 2013. For the past 2 years, Brick + Mortar have been criss-crossing the continent, playing their energetic anthems of empowerment. The band has given the two best friends an outlet to share their beliefs with the masses. Brandon says, “Music gave me a sense of value. I realized I could tell a story and express myself. It’s positive. I’m meeting these people in the outside world that are making me feel like I can be the part of something positive on Earth, instead of being destined to this scumbag existence.”

Coming from the wrong side of the tracks, Asraf knew what Janis Joplin meant about the freedom of having nothing left to lose. “I was just a poor kid growing up. I didn’t have an identity. I wasn’t really good at anything,” says Asraf. “I didn’t have a fear of failing or of dying or of any of that, because I figure that was just what was going to happen anyway. Because of my life at the time, I just didn’t give a fuck.” The two have started assembling a following of believers. People who can relate to where they are coming from. If the songs weren’t catchy enough, the authenticity of the artists behind the music is relatable on so many levels.

Brick + Mortar is an escape for both the listeners and creators alike. The honesty of songs on Dropped can be heard July 17th. This release is the first time Brick + Mortar are truly free to do things their way. They are taking control of their future, and doing all the things the label would never let them do. They can’t wait for you to hear the new songs, and experience the live shows they will bring to you. Every song on the record will have a music video. They already have released the sleek sci-fi video for “Move To The Ocean” which was directed by Asraf’s brother Corey, and stars his youngest brother, EJ. This communal hand’s on approach is powered by the fans, because it’s all for them. “We are the band that only exists because of you. The Dropped EP is for anyone who ever believed in Brick + Mortar. Thanks for believing in us.” 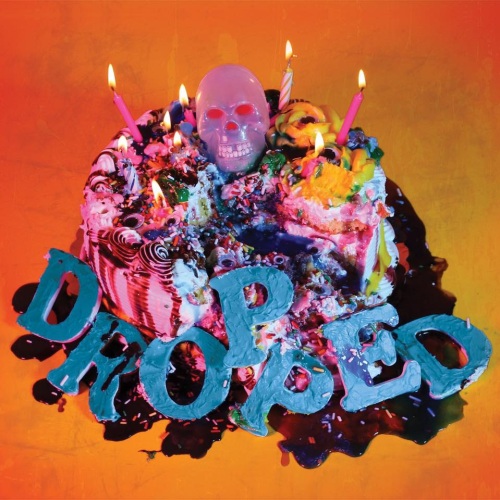