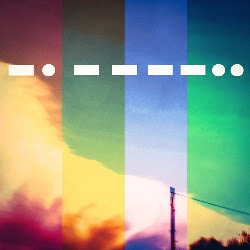 With the release of At The End Of A Day coming late last week, YuTaNi continues his role with the debut of his new music video for “Mt. Minakami.”  Directed by acclaimed visual artist and Montreal native Jason Voltaire (Jacques Greene Live, Skunch), the video is a perfect compliment to the ambient textures of Mt. Minakami, at once soothing and engaging all the same. Examining and tearing apart the relationship between tangible and digital, the sounds of Yutani blend into smooth symbiosis with Voltaire’s visuals as the ambience renders it impossible to tell the synthetic from the organic.

Mt. Minakami is just the first of many peaks in At The End Of A Day, which is quickly finding it’s way into the ears and hearts of discerning tastemakers the world over — don’t miss out on what’s quickly becoming a sleeper hit of the summer.

Tagged as ambient, At The End Of A Day, electronic, Mt. Minakami, new album, video, YuTaNi