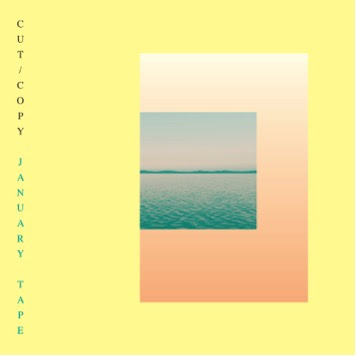 Fans have been anticipating new music from Cut Copy since 2013’s critically acclaimed Free Your Mind. While they enter the final stages of finishing the follow-up, the band has surprise-dropped January Tape, a 44-minute ambient, instrumental piece of sonic art available as a 400-cassette limited edition run. A sample of the January Tape cassette can be heard at the Cut Copy website. Cut Copy grew from a bedroom project to an international festival staple and today’s collection reinforces that they are a rare combination of technical virtuosity and exceptional, eclectic artistry.

‎Dan Whitford shares, “Having worked for much of the previous 12 months on a new Cut Copy album, we decided this January it was time to give ourselves a well earned break. But instead of retreating to the wilderness or decompressing on a beach somewhere, we spent ten days in the studio making a collection of ambient instrumental works. We wanted to share outtakes from these sessions in all their unedited glory with you, and put them out as an extremely limited edition cassette, available mainly through our webstores (though you may see a copy or two floating around in the wild).” 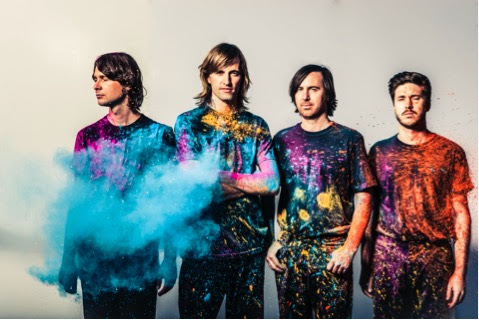 With the release of At The End Of A Day coming late last week, YuTaNi continues his role with the debut of his new music video for “Mt. Minakami.”  Directed by acclaimed visual artist and Montreal native Jason Voltaire (Jacques Greene Live, Skunch), the video is a perfect compliment to the ambient textures of Mt. Minakami, at once soothing and engaging all the same. Examining and tearing apart the relationship between tangible and digital, the sounds of Yutani blend into smooth symbiosis with Voltaire’s visuals as the ambience renders it impossible to tell the synthetic from the organic.

Mt. Minakami is just the first of many peaks in At The End Of A Day, which is quickly finding it’s way into the ears and hearts of discerning tastemakers the world over — don’t miss out on what’s quickly becoming a sleeper hit of the summer.

Tagged as ambient, At The End Of A Day, electronic, Mt. Minakami, new album, video, YuTaNi

Must Hear: MONO – “Where We Begin” 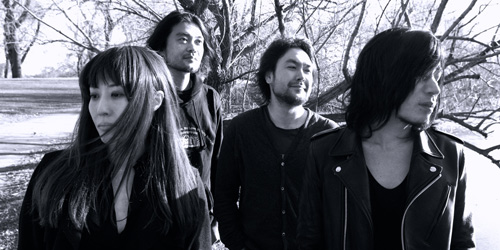 When MONO began in 1999, they set out with a simple mission: From bliss to bludgeon, no matter how long or winding the path may be. Their debut album, Under The Pipal Tree, outlined that mission in twisted, psychedelic fury. Subsequent albums would see the band honing their craft, mastering their mission, and ultimately abandoning that path in favor of more grandiose pursuits. Flanked by increasingly larger orchestras, MONO performed live at some of the most prestigious venues in New York City, London, Tokyo, and Australia. MONO had become an orchestral rock band, a spectacle of extreme melancholy and melodrama. By 2012’s For My Parents, the band had finally reached the logical conclusion of that era; it was time to remember where they started, and to rethink where they were heading. Less strings? No strings? Louder? Quieter? Lighter? Darker? Yes.

Remember their song “Life in Mono” that was in the movie Great Expectations with Ethan Hawke? I LOVEDDDDD that song!!!!

The Last Dawn and Rays of Darkness are a pair of new albums by MONO. Recorded simultaneously yet conceptually and creatively disparate, the two act as both opposing and complementary sides to a story. No strangers to narratives, the twin albums explore familiar themes for the band: Hope and hopelessness, love and loss, immense joy and unspeakable pain. Those elemental parts of life and the complicated relationships they create have never been more resonant through MONO’s music than they are here.

The Last Dawn is the first of these two companion albums, and is the “lighter” of the two, thematically and melodically. It contains undoubtedly some of MONO’s strongest songs ever, drawing on an array of influences from minimalist film score to vintage shoegaze. It is MONO at their absolute purest, executing an uncanny, unspoken dialogue with each other without the dozens of stringed instruments that have been so prominent throughout their catalog in recent years. The songs are also noticeably more efficient – there hasn’t been a MONO full-length record that fit on a single slab of vinyl since 2003’s One Step More And You Die – and the album benefits immeasurably from this streamlined approach. MONO have always been masters of telling compelling stories without words. But now they’ve proven they can do it without frills, too.

Listen: MONO – “Where We Begin” from The Last Dawn

Rays of Darkness is the first MONO album in 15 years to feature no orchestral instruments whatsoever. That fact alone is remarkable given the band’s reputation for sweeping, dramatic instrumentals that recall Oscar-worthy film scores. Instead, Rays of Darkness more closely resembles a jet engine taking off inside a small, crowded auditorium. It is MONO’s blackest album ever, a collection of scorched riffs, doom rhythms, and an unexpected contribution from post-hardcore pioneer Tetsu Fukagawa of Envy. The album ends with the smoldering wreckage of distorted guitars and ominous drones playing out a eulogy to the days when MONO shot blinding rays of light through seemingly endless darkness. 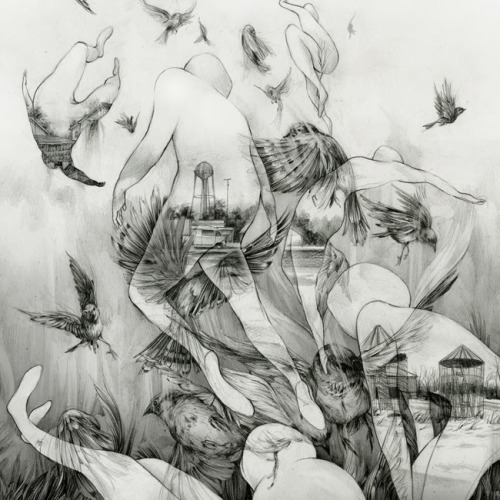 1. The Land Between Tides / Glory

3. The Hand That Holds the Truth

Check out the video for “Wallet” from Plaid’s new album, Reachy Prints.

The video is directed by Sabrina Ratté who says:

“The video is inspired by the idea of creating a world based on memories, where things seem real but they are in fact a construction of the mind. All the images are made from electronic signals, from which were created a reproduction of a sun, different landscapes and cities. The musical composition induced the vision of bright colours and daylight atmosphere, so the simulated sunlight became a central element of the video, thus creating dazed images where everything is diffused and hard to grasp.”

“We wondered if consciousness is a memory and what role memories have in the imaginative process . We saw prints as physical memories and an equivalence between printing and memory function. They often share the aim of ‘reproducing’ a subject as accurately as possible. Experience told us that a perfect reproduction is difficult, if not impossible. An attraction to explore this fallibility and a curiosity about the potential inaccuracies and artefacts gave us the album title, Reachy Prints. “The track ‘Wallet’ is inspired by the items found in wallets, the money, receipts, business cards, photos etc and the symbolism of wallets as a safe place to store items we value and want to remember. Most items in a wallet have already been digitised and perhaps physical wallets/purses will become obsolete.”

Hannah Thiem has released “Brym Al Mar,” the first single from her upcoming EP, BRYM. An ambient instrumental track that starts out with a passionate yet restrained and cinematic sound that builds up to an urgent and energetic drop.

“Brym Al Mar” is emblematic of Hannah’s ability to seamlessly blend her gripping work as violinist with her more recent work as an electronic producer.

Hannah is a producer and violinist whose musical stylings are influenced by her nomadic spirit and her deep appreciation for electronic and ambient soundscapes. Hannah’s upcoming album, BRYM, will be her first release as a solo artist, though her previous works and collaborations are diverse and expansive. As the co-founder of the avant rock group, Copal, as well as the ambient electronic project Nyxyss, Hannah has shared the stage with a range of artists as varied and acclaimed as The Rolling Stones, Kanye West, Bassnectar, MOBY, The Human Experience, Quixotic, and Lucent Dossier.

Hannah has also recorded with Beats Antique, Random Rab, The Rising Smoke of the Hobo Kings, Ancient Astronauts, and Edwin Briscoe. Hannah’s sonic foundation stems from her formative experiences with Eastern European, Nordic, and Middle Eastern music and BRYM is the beginning of an all new journey.

Hannah is also a practicing yogi and often performs her original and improvisational scores at numerous yoga studios in the US as well as internationally, often collaborating with such lauded teachers as Elena Brower, Eoin Finn, Schuyler Grant, Aarona Pichinson, Amy Ippoliti, Danielle Mika Nagel, Vanessa Kudrat, and Chanel Luck. 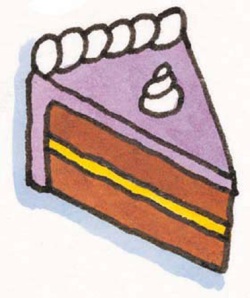 I am IN LOVE with this track from Eat More Cake’s Climb The Ladder, Live The Dream

The clip itself depicts Mae, the primary subject of the band’s debut Deadeye Dealer album, in various ages, being confronted with memories. These memories are competing for attention while singer Domino Davis attempts to guide Mae into confronting them. The video also touches on duality and identity conflict.

A hybrid of mysterious, sensual rhythms; a soundtrack for the dark untraveled corners hidden beneath the gentle reflections of a pulsating metropolis…such is the musical landscape of Minneapolis band, Dearling Physique. Avant-garde but accessible, dark yet uplifting, Dearling Physique is a band that manipulates genres, effortlessly gliding between ambient sounds and electronica, from alt pop to soul, while defying preconceived notions of conventional music.

The album will be released next week, but for now you can grab a free download of “Discipline Your Hands,” here.

Filed under Check 'em Out!, video