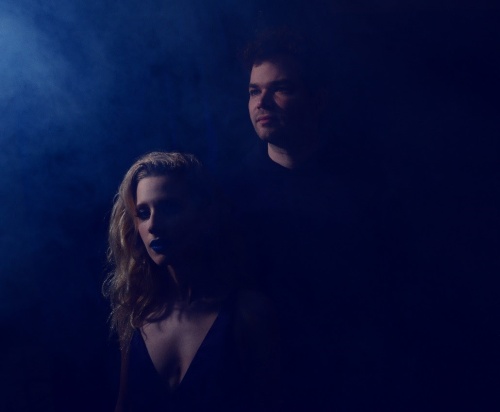 Marian Hill debuts a new track, “Differently,” off of Unusual.  “Differently” was produced by Marian Hill and notable Canadian producer Boi-1da (Drake, Rihanna, Kendrick Lamar, Jay-Z, Nicki Minaj, Lana Del Rey). Marian Hill recently released a short episode for “Differently,” which is the second of ten one-minute visual episodes the duo conceptualized for each song off the upcoming album—watch it below:

“Differently” follows Marian Hill’s previously released single, “Subtle Thing,” off of Unusual—watch the “Subtle Thing” video below:
Of their upcoming album, Jeremy Lloyd of Marian Hill says, “We made this album when ‘Down’ was having a moment, and we were reckoning with the fact that our music was now officially pop in the most literal sense. Our favorite pop songs have an intangible quality, something that sets them apart from just about anything else. And so, we pushed ourselves to make many, many unusual pop songs in different cities and tour buses, narrowed them down to a tight 10 and built a world for them to live in.”

Samantha Gongol chimes in, “People often think Marian Hill is the name of a woman, but we are two songwriters who made a name for ourselves by making minimal, strong, sexy, confident music. Unusual is a continuation of that vision, where women are in control even in the most vulnerable of moments. We don’t feel strong and confident all the time, but we hope that when you listen to our music, it makes you feel that way.”

In celebration of Unusual, Marian Hill will embark on a full-scale North American headline tour this spring, including a stop at Coachella. Billed as the “UNUSUAL” tour, Los Angeles-based singer and producer Michl will serve as support. The tour kicks off April 12 in Los Angeles at The Theatre at Ace Hotel and includes stops in Brooklyn, Boston, San Francisco, Chicago, Philadelphia, Washington, D.C. and more. See the full list of tour dates below. Tickets are available now via MarianHillMusic.com.