One of the most durable and consistently successful bands ever to come out of the U.K. band scene, Stereophonics return to North America August 20th with the release of their chart topping U.K. album Graffiti on the Train; their eighth studio album, out on MapleMusic Recordings and their own Stylus Records. 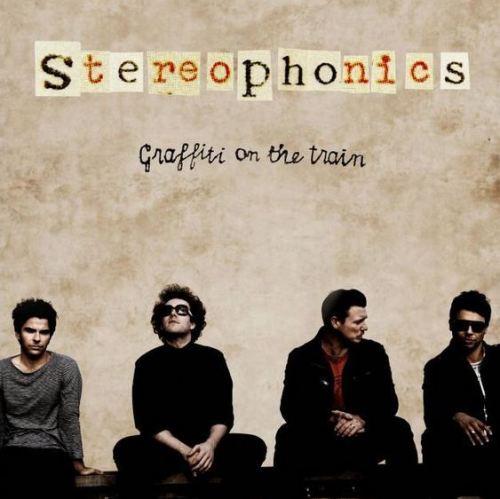 Graffiti On The Train Tracklisting:

2. Graffiti On The Train

Released earlier this year in the U.K., Graffiti on the Train entered the U.K. charts at number 3 and has remained in the Top 20 ever since. Affirming that this is their best album in a decade, the album has quickly gone gold and is well on its way to platinum status.

Written by lead vocalist and guitarist Kelly Jones and produced by Kelly Jones and Jim Lowe, Graffiti on the Train is the final piece in the puzzle for a newly refined and cinematic Stereophonics, a band that has London’s Sunday Times calling this album their “least conventional yet”, praising its “newfound lightness of touch” and confirming “the album contains Jones’s best work of his career.”

A storyteller first and foremost Kelly Jones unravels storylines and sketches characters with poetic finesse – inspired by the screenplay he has been working on of the same name, Graffiti On A Train is a fascinating, filmic LP unlike anything the group have attempted in the past. Loosely telling the story of two friends who flee the country after a tragic accident, the record is both reflective and surprisingly fragile.

We find Jones at the helm of all the videos from this album, which he has both written and directed including the first North American single, “Indian Summer.” Upon release in the U.K. earlier this year, “Indian Summer” marked the band’s 26th Top 40 hit on the U.K. charts.

As one of the best live bands imported from the U.K. in the last twenty years, North America will be treated to select tour dates and an Indian Summer to be remembered. At a recent U.K. show, John Earls of the Daily Star noted, “Girls sat on their boyfriends shoulders, Welsh flags were held aloft, beer was thrown everywhere and the singalongs kept coming.”

Having spanned decades of success selling over 9 million career albums and currently sitting at the top of U.K. album charts, this return to the other side of the pond is a tour not to be missed. Their North American tour kicks off in Philadelphia on September 19 at the Theatre of Living Arts. See below for more tour dates.

Here’s one of my FAVORITE Stereophonics songs: 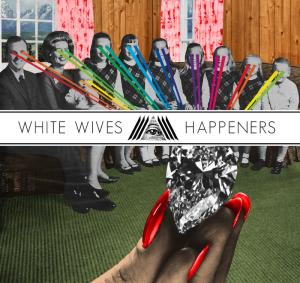 In anticipation of their forthcoming debut LP Happeners, due June 28 on Adeline Records, White Wives have premiered “Indian Summer, Indian Summer” on their website. Their tour kicks off tomorrow with their record release party here in their hometown of Pittsburgh!

This quartet brings together Western Pennsylvanian natives Anti-Flag’s Chris “#2” Barker and Chris Head, Roger Harvey of Dandelion Snow and Tyler Kweder of American Armada. While they share a hometown, they have as many creative and ideological similarities as they do differences. “I think our varying influences are what helps create the sound and aesthetic of White Wives,” offers “2”. “I grew up listening to a lot of music from the mid nineties: Nirvana, Pixies.” Harvey, on the other hand, cites traditional literary songwriters: “Neil Young, Townes Van Zandt, Gram Parsons. Of course Dylan and Woody Guthrie.” The diversity of inspiration speaks volumes about their creative origins, and serves as a reminder to set pre-conceived notions aside and allow the music to be the voice. The collection of 11 tracks range from high-gain electric rock n’ roll, to punk/indie rock, to carefully orchestrated acoustic songs.

White Wives is not, nor was ever intended as a side project. “I think that anyone who goes into listening to our record believing that it is an Anti-Flag ‘side project’ is going to be surprised and to be honest, perhaps a bit shocked,” affirms #2. The band will tour in support of the release, beginning in June, alongside quintet Touche Amore and Balance & Composure. They promise to bring a raucous live show – the stage is left in disarray after every set.

6. Another City For A New Weekend