Check ‘Em Out: We Are Castor

Invade & Disco, We Are Castor’s second album release with SectionZ Records, dropped July 21st, and is a unique blend of retro disco style, and a variety of live instruments, with modern glitch-hop. Shattering the boundaries between many genres, We Are Castor is carving out its own place at the crossroads between EDM and more traditional styles of live music.

Influenced by blues, swing, psychedelic-rock, electronica, hip hop and folk, We Are Castor patrols the unseen border between music genres. Led by Adrian Thesen out of Trondheim, Norway, We Are Castor is an electronic music band whose members have individual and eclectic tastes and styles; different tastes and knowledge packaged into one collective story that have resulted in pure musical innovation that your ears will remember long after the first listen.

We Are Castor started out as a solo-project in 2012, named iamCastor. This is when Adrian first started to include guitars, harmonicas and more acoustic instruments. Later that year Adrian connected with Andreas Steen, and the music exploded.

Andreas brought a live sound to Adrian’s production by adding guitar, mandolin, organ and vocals. This inspired Adrian to dream up better material to satisfy Andreas’ fascination with the sound of everything! If there is music in the background, and a car drives by the window, and they share the same note, Andreas will be the first one to point that out.

They met the voice that would round out the band at a breakfast party, where they met the incredibly talented and beautiful Valeria Neira Lillebjerka for the first time. After a mutual friend teased the duo made a beat, wrote some lyrics, opened some bottles of whiskey and wine and she sang “Bon Voyage” in their super-small bedroom. After the recording Adrian and Andreas could not bring themselves to sleep and invited Valeria to the band. 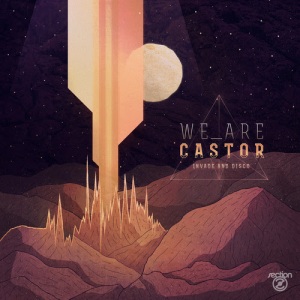 Listen to the album now!