The 3rd Annual Bring Our Music Back Festival (B.O.M.B. Fest) is back and bigger than ever! Bring Our Music Back, Inc. along with Frank Bombaci, Sr. and Frank Bombaci, Jr. are proud to announce the diverse group of artists that has been assembled for 2011. Watch the lineup announcement HERE. For the first time, this year’s festival, taking place over Memorial Day Weekend (May 28-29), will be at the Festival Grounds of B.O.M.B. Fest’s new site partner, Western Connecticut State University in Danbury, CT — a short train ride from New York City, Boston, Providence and Philadelphia.  Tickets go on sale via BombFest.com at 6 a.m. EST on March 4th.

B.O.M.B. Fest 2011 has assembled its most ambitious lineup to date, bringing together some of the best names in hip-hop, alternative and indie rock, giving the East Coast its own premiere music festival. The price for two-day passes will cost $109. Official festival website can be found at www.bombfest.com.

All proceeds from the festival will benefit Bring Our Music Back, Inc. which is committed to providing music scholarships, music enrichment and education programs, music and healing initiatives and community support and outreach. In addition, one of this year’s charitable initiatives includes the creation of an Emerging Artist Scholarship Fund at Western Connecticut State University. 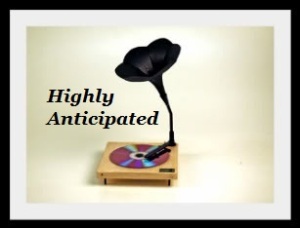 I have just learned via Pitchfork of a new highly anticipated album due out next year. It’s from a new group called Mister Heavenly that consists of…wait for it…

Talking to Spinner recently, Honus Honus said that the new band would occupy some aesthetic middle ground between his own work and Thorburn’s: “It actually sounds like a mash-up of our two styles. For the Man Man stuff, if you like our doo-wop-y stuff, ‘Doo Right’ or ‘Ice Dogs,’ that vein. If you like what Nick does, the stripped-down pop stuff and the Unicorns stuff, it’s like that.” A press release gives that style a name: “doom-wop”. We’ll have to see if the term catches on.

Tonight, the band heads out a small tour opening for Passion Pit. Their last show has them headlining in Salt Lake City!