Eclectic NYC musician Rene Lopez has just announced his new EP, Love Has No Mercy – set for release October 21st via Liberation Label. Whilst Rene’s earlier records have flirted with every genre from salsa to soul, the seven tracks on Love Has No Mercy are a decidedly more dance-friendly affair. The record, which incorporates the sanguine Latin influences of his previous albums & interjects them with healthy doses of disco & funk, seems tailor-made for both impromptu house parties & late nights at the club.

Love Has No Mercy’s title track, which features vocals from NYC powerhouse Carol C, is equal parts Chic & Giorgio Moroder: a siren song of synthed-out futuristic disco that swings with a certain effortlessness that brings to mind nu-disco hits as much as old-school Donna Summer.

Clocking in at just under 30 minutes, Love Has No Mercy is a remarkably slick statement of intent. Tracks like “Lovegod” & “City Streets are Dead Tonight” pulse with the same kind of subdued electro-funk that made early Prince & Rick James tracks so eternally irresistible. For Rene, the tracks represent a natural musical evolution- a move from the sweaty rock & Latin grooves of his previous albums to a place located firmly on the dancefloor.
A native New Yorker (and the son of renowned salsa musician Rene Lopez, Sr.), Rene grew up absorbing the non-stop musical melting pot that the city had to offer, eventually channeling those influences into his own music. A jazz-trained drummer & multi-instrumentalist, he recorded with a variety of band projects (The Authority, Extra Virgin) before taking wing as a solo artist, eventually perfecting a style that he came to refer to as E.L.S. (Electric Latin Soul).

3LAU shares a chilled out remix of “How You Love Me” by funk house producer, Kue. Known for his nu disco remixes, Kue takes us out of the sunshine and into the after hours club for a sultry version of the explosive prog house track. 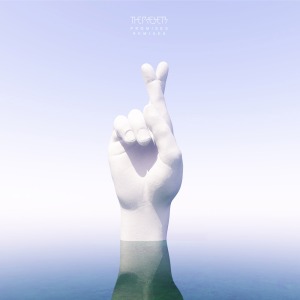 Have a listen to Lifelike’s electro infused remix of The Preset’s “Promises” in anticipation of Modular’s release of the “Promises” Remix EP ( December 4th). If the original is the backdrop to a cool and retro pool party than Lifelike’s remix is perfect for the all-nighter at your favorite club. The incredibly catchy vocals paired with an amped up bass line, electrified beat and Lifelike’s classic French-style synth work make this remix of “Promises” a dance floor bomb.

“Starting with a booming kick drum and then leading into an electronic disco inferno, the song is [a] ferociously bombastic dance number.” – Prefix Mag

“Chances are you’ll forego that second (or third) does of caffeine once you hear the new collaboration from like-minded DJs/producers Lifelike and A-Trak. The duo weaves together a future-disco banger with “Don’t Stop,” an appropriate title given the track’s infectious grooves.” – Complex Music 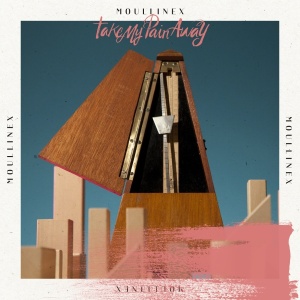 Gigamesh’s funked up remix of Moullinex’s ‘Take My Pain Away’ is available for preview and will be released October 12th on Gomma Records.

A staple producer for nu disco fans, Gigamesh is known for combining sounds of the future and synth grooves that ultimately result in the catchiest songs on the dance floor. Most recently, recieiving praise for his rework of Junior Byron’s “Dance To The Music“.