Album track “Giddy Up” is an upbeat, bubbly cut with buzzing electronic sound effects and a sing-along chorus. The band shows off showing their playful, fun-loving side with a video for the track, which shows them goofing off in their rehearsal space in Canada.

Driven by heavy-hitting electro rhythms, pulsing beats, and sing-along choruses, Dragonette’s music packs a mean punch. From emotion-packed ballads to fist-pumping anthems, Bodyparts takes listeners on a wild ride. Be sure to catch the band live in your city!

Have a listen to Lifelike’s electro infused remix of The Preset’s “Promises” in anticipation of Modular’s release of the “Promises” Remix EP ( December 4th). If the original is the backdrop to a cool and retro pool party than Lifelike’s remix is perfect for the all-nighter at your favorite club. The incredibly catchy vocals paired with an amped up bass line, electrified beat and Lifelike’s classic French-style synth work make this remix of “Promises” a dance floor bomb. 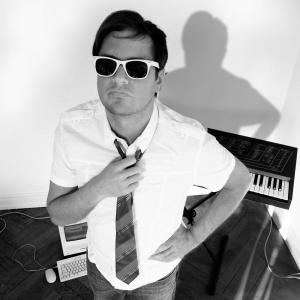 “Starting with a booming kick drum and then leading into an electronic disco inferno, the song is [a] ferociously bombastic dance number.” – Prefix Mag

“Chances are you’ll forego that second (or third) does of caffeine once you hear the new collaboration from like-minded DJs/producers Lifelike and A-Trak. The duo weaves together a future-disco banger with “Don’t Stop,” an appropriate title given the track’s infectious grooves.” – Complex Music

Today The Presets revealed their new single “Ghosts”, from their forthcoming album Pacifica (out digitally on September 10 and in stores the 11th via Casablanca).  The single will be available on iTunes August 21.

“When Julian played me his initial sketch of this song it utterly blew my mind, “ explains Kim. “Taking a classic folk style, sea shanty and adding it to an up tempo techno groove was just genius to my ears.”

The Presets recently released the video for Pacifica track “Youth in Trouble”. Watch the kaleidoscopic pixilated roller coaster, created by New York based visual artist Yoshi Sodeoka, here. The single and remix package for  “Youth In Trouble” are available now on iTunes.

“Youth In Trouble”  is the first taste of new music to come from The Presets in over four years. The track is a never-ending, undulating slice of face-melting techno. Their new album, Pacifica, is due out in September on Casablanca. After several teasers, the band has also premiered of the full video for “Youth In Trouble”, a crazy kaleidoscopic pixilated rollercoaster created by New York based visual artist Yoshi Sodeoka.

The Presets are also releasing remixes of “Youth In Trouble” by Green Velvet, Alex Metric, plus The Finger Prince & Light Year.  Featuring ten prismatic, synth-laced songs, Pacifica sees The Presets boldly venture into new, uncharted musical territories. Traversing both light and shade in energy and emotion, the album was produced by the band – Julian Hamilton and Kim Moyes – and mixed in Los Angeles with Tony Hoffer.