Pioneering UK producer and composer Tourist (William Phillips) announces Everyday, the follow-up to his critically acclaimed album U (2016), set for release on February 15th. The news is joined by the release of “Emily”, a deeply rich and shimmering upbeat new single which follows “Hearts”, “Someone Else” and the mesmerising “Apollo” from 2018. Starting with a sparkling vocal sample and picking up into a triumphant swell of synths that bounce along with a bristling house beat, “Emily” is a prime example of what makes Tourist one of electronic music’s most talked about artists.

Considered an “artist’s artist”, Tourist’s fans include the likes of Flume and Porter Robinson who have expressed their admiration for his past releases. After his self-titled debut EP (2012), Tonight EP (2013) and Patterns EP (2014) featuring guest appearances by the stunningly talented Lianne La Havas and Will Heard, Tourist went on to win the GRAMMY for co-writing Sam Smith’s breakthrough single “Stay With Me”.

The artwork for Everyday comes from acclaimed British photographer Nigel Shafran who also directed the minimalist yet quietly captivating video for “Apollo”. Tourist said of his approach to making music: “I’m interested in exploring human themes through sound. Family, mental health, loss, love. I sit at home by myself most days, writing music. It’s quite an insular life, and it can be claustrophobic but I suppose much of my new music is an attempt to produce work that is outwardly facing. I want my music to connect and to tell a human story through samples, sounds and melody.”

In 2018 Tourist revealed Tourist Essentials – a collection of works dating back to 2012 curated into one creative piece. Building detailed soundscapes and bittersweet dance tracks, William embraces a wide scope of song-making encompassing a diverse artistic approach to music.

Tourist will be heading back to North America shores for appearances in Boston, Chicago, New York, Seattle and the run ends at San Francisco’s Noisepop.

UK-based producer and composer Tourist has released his latest Wash EP, as well as the visuals for featured track “Sleepwalking” (feat. Swim Mountain & Esther Joy). Last month Tourist revealed a collection of “We Stayed Up All Night” remixes, including versions from Tom Demac and Matthew Dear on Beatport here, offering new takes on his EP’s lead single. Tourist recently wrapped a string of US tour dates supporting Bonobo and Bob Moses, his first shows in the states since his stellar Coachella performance earlier this year.

The GRAMMY-winning songwriter and electronic musician William Phillips aka Tourist had this to say:

With this new music I wanted to make something that was more reflective of who I am now and how my life has changed over the past year. I moved out of my windowless studio and started writing from home again. I think subconsciously I’ve started writing more joyous, colorful music and I’ve loved being more collaborative once again. These tracks are my favorite music I’ve produced so far, Tourist will always change with each release and I’ve loved pushing the sound into a new place.

Tourist makes yearning, bittersweet dance tracks. He’s considered an “artist’s artist”, with fans such as Flume and Porter Robinson supporting his releases. After the self-titled debut EP (2012), Tonight EP (2013), and Patterns EP (2014) featuring guest appearances by Lianne La Havas and Will Heard, as well as high-profile remixes for Chvrches, Haim, Christine and the Queens under his belt, Tourist went on to win the GRAMMY for co-writing the Sam Smith hit “Stay With Me”, and he released his debut album U (2016) to critical acclaim and support from outlets like Vice, Billboard and Rolling Stone Australia.

The single, “Run” landed with #1 spots on BBC Radio 1 dance charts and Hype Machine. This was soon followed by a string of sold-out shows as a live favorite across the United States, Europe and Australia, including major festival appearances at Glastonbury, Coachella (twice) and Bestival.

Check out the EP here 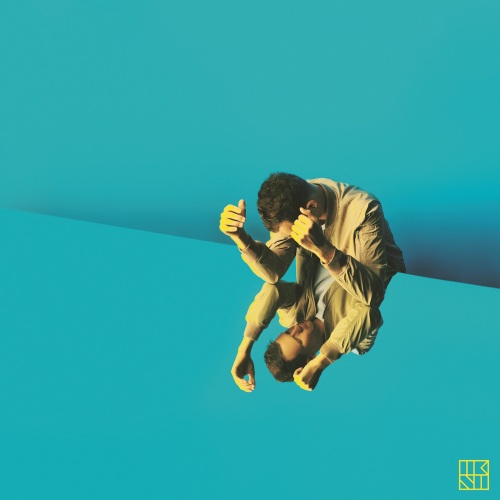 Australian electronic artist and producer The Kite String Tangle has dropped his debut self-titled album, and it is an absolute work of art. (Check it out below!)

This latest addition to the solo project of Danny Harley is an exploration into the idea of what success and happiness truly mean. The honesty that flows throughout the 11 tracks is crystal clear, with a heavy emotional quality reflected throughout the brave production choices and unburdened lyrics.

“It’s a dynamic album that I hope shows many sides to the music I make and what I’m trying to do with The Kite String Tangle, which is essentially to reach people and hopefully provide a soundtrack for their own existential crisis,” Harley said.

The album was written in his bedroom in order to retain that ‘bedroom producer’ ethos, wanting to create something honest, something of which he could be really proud.

“I think throughout the album you can hear me trying to find my sound and my place in the world, and whilst I wanted to create something timeless and cohesive, I think there’s also a clunky charm to when it sounds a little lost and confused. To be honest, it’s a good representation of how I was feeling throughout a lot of the process,” he said.

Having just released the visuals to “The Prize” there’s no denying fans will be dusting off their dancing shoes right in time for his Splendour in the Grass set. It’s a party tune that will have you working up a sweat on a hot summery day, and will keep you warm during the cold winter nights.
“Waiting” on the other hand is an underground pulsating banger with a more melodious insight into the light and shade of what electronic music means to this producer. It’s simple in lyrical content but intricate in production conceptualisation.
As you go on this musical journey with The Kite String Tangle you’ll hear a strong presence of strings and horns, something Harley longed to record for a long time. You’ll even hear organs, pianos, drums and all manner of acoustic instruments dotted throughout.

“I’ve always wanted to record strings and horns but have never had the opportunity to up until now. I’ve always been trying to marry the worlds of more traditional song writing like Bon Iver, James Blake, London Grammar and Broods, with artists that are more heavy handed with their production like Odesza, Flume and Purity Ring,” he said.

The Kite String Tangle’s debut album is available everywhere now via Exist Recordings, and Australian fans can catch him performing at Splendour in the Grass today on the “Mix Up Stage”.

And if you weren’t quick enough to snatch up Splendour tickets, not to worry. The Kite String Tangle is hitting the road shortly after for a national tour with ODESZA in September and some boutique festivals in Wollongong on August 19 and in Brisbane on October 14 at Red Deer Festival. For tickets and further info, head to http://www.thekitestringtangle.com.

Mostly stemming from their intent to “have fun over being cool,” Jimmy & The Mirrors have built a reputation as a unique presence on the Adelaide scene. Comparing their vibe to “your dad in the 70s”, the band don the quirkiest, loudest shirts they can find, whack on smears of colorful facepaint and throw flower parties around their gigs.

With word of the band spreading thanks to their infamous flower parties and support slots for everyone from Flume and Art Vs Science through to Jonathan Boulet and Clairy Browne & The Bangin’ Rackettes, the band have also spent a fair bit of time on the road. Jimmy & The Mirrors have brought their charisma to punters all over, playing in coastal towns, pubs in the desert and the streets of Berlin as well as wineries, snowfields and inner city cocktail lounges.

Despite what the name may suggest, Jimmy & The Mirrors is a collaborative effort with songwriting shared among all six members. Bound together by a deep appreciation for music, they currently share members with Jesse Davidson, Timberwolf, Kaurna Cronin, Brokers and the Banjo Jackson Trio while also moonlighting as a cover band under a different name.
A classic tale of sudden love lost, “Hailstorm” is “pretty much the biggest departure from the sound that people are beginning to know us for” tells Jimmy Meegan. The single is out now through Mirador Records as the band edge closer to unveiling a new EP later in the year.

NYC’s Lucius will release their debut full-length album in North America with NYC tastemaker label Mom+Pop. Today, the label unveiled Mom+Pop’s Boombox: Vol 1, a compilation featuring tracks from its roster of acts including Lucius’ “Until We Get There demo” which earned great deal of praise after recently airing on FOX’s New Girl.With emotionally charged, upbeat, 60s inspired songs and a sincere crowd connection, the quintet has solidified its reputation as a must-see live band. Their summer tour includes stops at several festivals including Bonnaroo, Solid Sound Festival, Boston Calling + support dates with Tegan and Sara, The Head and the Heart and more.

Earlier this spring, the label launched Boombox, a monthly subscription service via Drip.fm, offering both digital downloads and deliveries of limited-edition 7”s. The 13-track sampler features Mom+Pop mainstays such as Andrew Bird and Polica as well as Hunters, Flume and the also recently signed Jagwar Ma.