Courtland & Watson have released a banger in their latest offering, “Pressure” that received a special mix from label boss, Jason Forte. “Pressure,” combines three of the supreme talents on the Eclypse Records roster, and is a progressive house track filled with melodic verses and high energy choruses.
Watson is an up and coming DJ based out of Toronto, Ontario and is currently preparing for the release of his solo projects due out by year’s end. At only 19 years of age, he has made a name for himself as a DJ and music producer, primed to have a breakout year in 2016.
Courtland was born in Palm Springs, California and worked as a real estate agent. However, music was always his true passion in life, so he decided to attend Icon Collective Production School where he learned the ins and outs of sound engineering and production. Courtland joined the school’s impressive alumni network that includes MAKJ, Dillon Francis, Protohype, and APEK, leading into 2015, when he performed at Coachella and went on tour with Breathe Carolina, Feenixpawl and APEK. His single “Restless Heart,” peaked at #23 on Beatport’s progressive house charts. Currently, Courtland is popular on the Los Angeles DJ circuit.

Check out the video for Dillon Francis’ track, “Messages”. It is FILLED with messages via Emoji!!!! Personally, I enjoy the piggy in a bikini the best.

Dillon Francis, master of cats and crowned prince of Moombahton, is taking a momentary breather from hair styling to release his new track, “Messages” feat. Simon Lord. BBC’s Zane Lowe called the track “a whole step up for one of dance music’s most talented producers and greatest characters.” 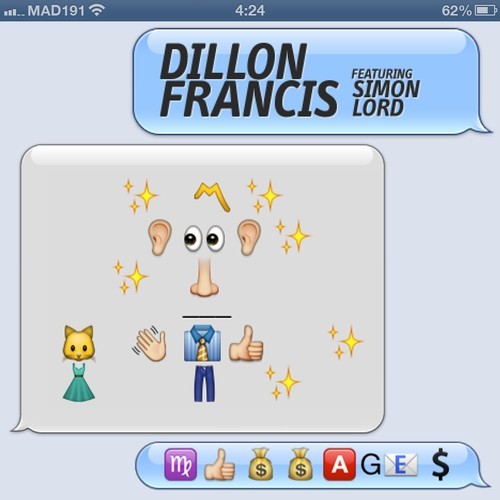 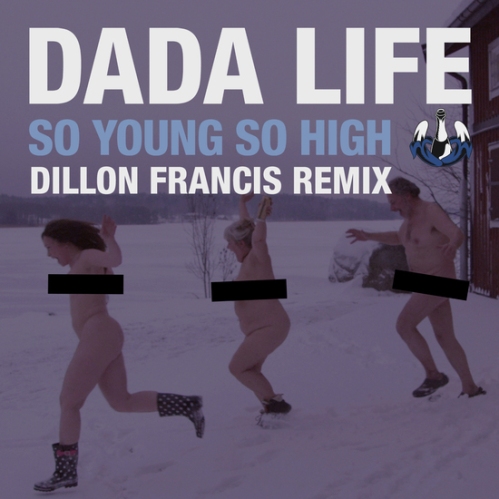 Following the critically acclaimed release of So Young So High – the second single to be taken from their globally celebrated 2012 album The Rules of Dada – outrageous Swedish duo DADA LIFE now announce the release of Dillon Francis’ masterful rework, OUT NOW on PM:AM Recordings.
Purchase: Dada Life – “So Young So High” (Dillon Francis Remix)
Previewed on Dada Life’s Soundcloud just a few days ago, this pounding, bass-heavy edit from one of the hottest names on the circuit right now has clocked up a staggering 100,000 unique plays already, and is available to buy now exclusively from Beatport.
The second in a distinguished line of exquisite remixes to come from So Young So High has been released as a free download. The crunching electro-house remix from mysterious enigma ‘ANDYBODY’ has set the online world alight over the past couple of weeks as it continues to gather hefty support from fans across the world.
Download: Dada Life – “So Young So High” (ANDYBODY Remix)
Next up, it’s heavyweight Dutch veteran TIËSTO with his hard-hitting interpretation, which is set to drop mid-February.

Dillon Francis drops his new track “Bootleg Fireworks (Burning Up)” bringing the heat for the chilly months ahead. Dillon is taking his antics on the road throughout November, check out tour dates/cities below.

Germany’s electronic duo Digitalism is bringing their live show back to North America this week, kicking off a full tour sponsored by Jägermeister. The band has also announced the Circles EP, which will see a release on December 6th via V2/Cooperative Music/Downtown. The band premiered the Dillon Francis remix of “Circles” today via RCRD LBL.

The band released their sophomore album, I Love You, Dude, this past summer, and hit the road with the HARD Festival Summer Tour in support. The album features 10 tracks, each of which has their own vibrant identity. With amazing tracks like “Forrest Gump,” co-written with Strokes frontman Julian Casablancas, “Circles,” with its Who-ish keyboard and apparently existential lyrics and standout lead single “2 Hearts.”