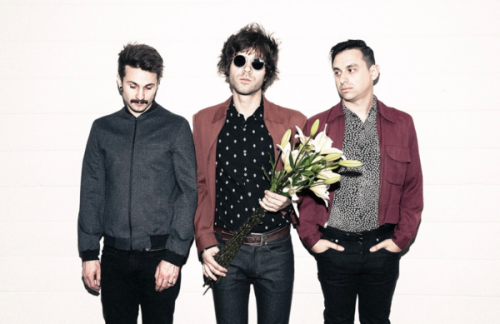 Phoenix-based band the Technicolors’ forthcoming album Metaphysical (out July 7) focuses on “a void”—the one between where its frontman, Brennan Smiley, is, and where he’d like to go. Today we are pleased to premiere “Impostor!,” a single from that very LP, which seems to encapsulate this concept. “The song is about everyone’s constant need of explanation for everything,” says Smiley. “Everyone wants you to explain yourself, tell why you did something a certain way, as opposed to just feelin’ it and letting it move you, or maybe challenge you to think differently.”

Fittingly for summer, “Impostor!” is a roll-your-windows-down tune. The guitar intro has a ’90s rock grittiness and bite that sets the tone, and next comes Smiley’s Julian Casablancas-esque voice—a softer swoon that creates a needed contrast for the song to flow (and makes it ideal to leave on repeat). Smiley says the track started simply with a guitar riff, courtesy of guitarist and vocalist Sean Silverman. The lyrics came later when Smiley was sitting in a unair-conditioned room in the thick of an Arizona summer. He watched an early-2000s “Magic Tricks Revealed” documentary in the guest room of the studio the where the band was recording and realized he would have to sing “Impostor!” the next morning. He didn’t have any lyrics—yet. “I started literally sweating out the most ridiculous lines ever,” recalls Smiley. “The last line of the second verse is about making an elephant disappear.”

Smiley wrote the lyrics in about five minutes, and the track’s guitar riffs ultimately powered Metaphysical as a whole. “We plugged the acoustic guitars straight into this old Neve console that mixed some pretty legendary records, and cranked it till it sounded like what you would imagine if Raiden started a band with Johnny Cage,” says Smiley. “I think we stumbled on some wild guitar sounds that have since inspired us to go even further down those roads.” – Interview Magazine
Advertisement

Watch the video for “Leave the Lights On” below

“Though lead singer Jordan Topf sneers, “Living in the city, I get so bored,” with Julian Casablancas-like aplomb in the track’s bridge, the adolescent energy and colorful nostalgia of these visuals are anything but blasé.” – SPIN

“the spirit of the sunkissed old rock is well alive in this piece, with an infectious guitar line to hook and a solid bass and drum section which gives it an almost krautrocky, motorik feel.” – Tiny Mix Tapes

“They’re great on stage, with tons of humor and energy in each show.” – Blackbook

“Mainland has released a perfect ode to summer: the video for their single “Leave The Lights On.” – Earmilk

The video also serves as a teaser for the band’s live show, which has been tearing up dancefloors coast to coast on the HARD Tour, which continues through this weekend when it wraps on August 20th at NYC’s Terminal 5.

I Love You, Dude, the sophomore album from Digitalism features 10 tracks, each of which has their own vibrant identity. They set the bar high for themselves, and deliver with an amazing album featuring tracks like  “Forrest Gump,” co-written with Strokes frontman Julian Casablancas, “Circles,” with its Who-ish keyboard and apparently existential lyrics, and standout pop single “2 Hearts.” 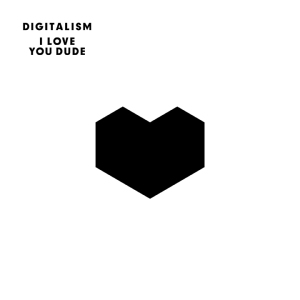 Click to stream the new album at AOL Spinner

I Love You, Dude, the sophomore album from Digitalism is out today in the US digitally and will be released physically on July 5th.  The album features 10 tracks, each of which has their own vibrant identity. This is the sound of a band welding dancefloor pugilism onto crafted sonic sculpture. They set the bar high for themselves, and deliver with an amazing album featuring tracks like  “Forrest Gump,” co-written with Strokes frontman Julian Casablancas, “Circles,” with its Who-ish keyboard and apparently existential lyrics, and standout pop single “2 Hearts.”

With firing tunes such as “Jupiter Room” and “Pogo” backing up the hype alongside remixes for Depeche Mode and Daft Punk, Digitalism toured the Idealism album for a couple of years and then got back to work, cutting back to a few DJ dates a month so they could concentrate on crafting I Love You, Dude in their Hamburg bunker studio.  The new album further serves their aim of getting everyone to dance with 10 tracks each of with their own vibrant identity. The band set the bar high for themselves, featuring tracks like  “Forrest Gump,” co-written with Strokes frontman Julian Casablancas, “Circles,” with its Who-ish keyboard and apparently existential lyrics, and stand out track “2 Hearts,” a curveball of a pop song.