Toronto’s Keys N Krates released another brand new remix, this time from Madeon, with Gotta Dance Dirty HERE. Keys N Krates is part of MTV Iggy’s Artist of the Week poll! Fans have until tonight at 11:59 PM EST to vote HERE.  The trio are known for mixing electro-hip-hop sounds and mix live instrumentation with electronic elements to create both innovative originals and remixes.

Keys N Krates have made a name for themselves by relentlessly touring, after playing through Canada, America, and South East Asia, they go on to play Ultra Music Festival in March with Bassnectar, Flying Lotus, SBTRKT followed by a performance at the Movement Electronic Music Festival with Public Enemy and Wakarusa fest in May where they’ll share the stage with Pretty Lights, Girl Talk, Avett Brothers, plus many more.

Check out this trailer for a new documentary film that features DJ Premier, Mark Ronson, Skrillex, Pretty Lights and The Crystal Method as they remix, recreate and re-imagine five traditional styles of music. From the classical perfection of the Berklee Symphony Orchestra to the bayou jams of New Orleans jazz, these five distinctive DJs collaborate with some of today’s biggest musicians (one of which is the remaining members of The Doors!!!) to discover how our musical past is influencing the future.

Some of the tracks have already been released — see the related articles below.

My friends and I (along with every single other WVU student) have always sang John Denver’s “Country Roads.” Well…guess WHAT?!?!
Pretty Lights has done a reeeeeee-mixxxxxxx (he just played it at the All Good Festival in West Virginia)!!! 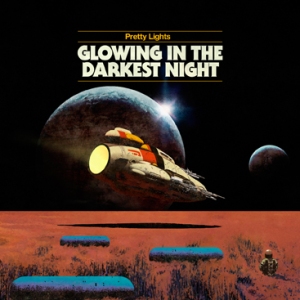 Pretty Lights has stayed true to his promise of releasing three EP’s in 2010…and deliver, he has! Glowing In The Darkest Night, the third installment of his trilogy of 2010’s EPs is available now (for free) at his website.

2010 has been quite an exciting year for Pretty Lights. Besides releasing his trilogy of EP’s, Derek Vincent Smith (accompanied by live drummer Adam Deitch) has been busy touring the U.S. and Europe, including many festival appearances on both sides of the Atlantic. He recently surpassed one million album downloads through his website- not bad for an artist who has only been releasing music since 2008. He even surprised his one millionth downloader with a VIP trip to catch him later this month in Las Vegas!

Pretty Lights is touring extensively to support Glowing In The Darkest Night, with the North American tour kicking off Wednesday in Tulsa, and continuing through early December. There’s a New Year’s Eve run of shows taking place at The Congress Theater in Chicago on December 30th and 31st! Supporting the shows will be Major Lazer on the 30th, and Holy Fuck on the 31st.

Check out the last 2 EPS:

Making Up A Changing Mind
Spilling Over Every Side

It’s a crafted mix of hip-hop, soul, breakbeats, and a dash of dubstep. In other words, a complete must-have!

Pretty Lights has also announced the bringing in of a new drummer, Adam Deitch, beginning with Wanderlust Festival today in California.  He’s done session/live work for everyone from Wyclef and Eve to Justin Timberlake in addition to his own projects Break Science and Lettuce. Expect Pretty Lights shows to be taken to a whole new level!

It’s been a busy year for the genre bending producer-extraordinaire Pretty Lights, aka Derek Vincent Smith; he’s carrying out the ambitious goal of releasing three EP’s in 2010.

July 29th we’ll see the second installment of the 2010 EP trilogy, with the third set for the late fall. Smith self-releases for free all his music through his website, www.PrettyLightsMusic.com, and with over half a million downloads & counting, and sold-out shows nationwide, the world has officially caught on!

Colorado-based producer Pretty Lights, aka Derek Vincent Smith, is as good as his word, and his word is clearly great. As promised, he has released his first EP of an ambitious trilogy project, within minutes of finishing it and making the deadline of March 2nd. Making Up a Changing Mind, can now be downloaded for free off of his site by clicking the above image!