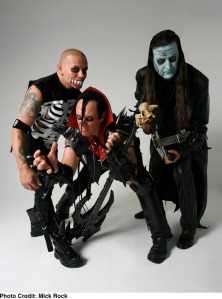 Punk rock legends the Misfits have released The Devil’s Rain, the band’s first album in nearly a decade!  It was produced by Ed Stasium, who’s credits include the Ramones’ Road to Ruin and Too Tough to Die, as well as the Misfits’ 1999 release Famous Monsters.  Celebrating the occasion, they’ve release a free mp3 for one of the album’s tracks, “Twilight of the Dead.”

The Devil’s Rain packaging is designed to emulate a CD sized gatefold LP, featuring some incredible new Misfits portraits shot by the iconic Mick Rock.  It also showcases a jaw-dropping, two-panel front/back cover painting featuring the rebirth of the band’s iconic “Fiend” mascot in an epic setting rendered by Arthur Suydam (known for his immensely popular work on the Marvel Zombies series, among others).

The band’s current lineup – consisting of founding member Jerry Only on vocals/bass, Black Flag alum Dez Cadena, and drummer Eric “Chupacabra” Arce – just kicked off an extensive US tour.  For both fans of their classics and newcomers discovering the band for the very first time, The Devil’s Rain embodies the ferocity and melody that have made the Misfits omnipresent and immortal.  One thing is certain, The Misfits are here to stay and every day is Halloween.

Misfits Tour Dates:
(All dates w/JuiceheaD as direct support except *)

On the track, “Ivy League Circus,” the velvety, 80’s R&B style vocals glide over an elastic, electro-funk groove. The clip was directed by The Wilderness, who also helmed videos for Passion Pit, The Juan MacLean, Antipop Consortium, and Spank Rock.

He has produced songs on both Das Racist mixtapes (“Shorty Said” and “Puerto Rican Cousins”), an official remix of Twin Shadow’s “I Can’t Wait,” and the track “Spring Fever” for battle rap king Iron Solomon.

Gordon has also won the adorations of everyone from indie darlings BRAHMS (who remixed Voidwell’s “Ivy League Circus”) to pop music masterminds like Grammy-winning producer Mark Ronson (who declared “I love this shit.  I play it on my radio show, in my house AND in my sets.”)  Mayer Hawthorne, another fan, even invited Gordon to open his tour this past Fall along with The Heavy. His first full length debut album will be out later this year.

You can grab a free download of the original AND BRAHMS remix of “Ivy League Circus” over at Stereogum: click here! 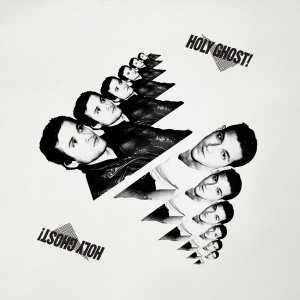 Holy Ghost!’s already ubiquitous track “Do It Again” is an amazing intro to the band’s catchy-as-hell self-titled debut album. The 10-song LP will include a few guest appearances from the likes of Luke Jenner from the Rapture, Chris Glover from Penguin Prison, and Michael McDonald…and yes, it is that Michael McDonald, formerly of The Doobie Brothers and Steely Dan!

Known around the globe for their party starting singles and their unparalleled ability to get bodies moving on the dancefloor, Holy Ghost! have developed from an in demand DJ duo to a full live band crafting disco-tinged pop songs that satisfy equally on the dancefloor and in a car.

After successful tours last year with LCD Soundsystem and Chromeo, the band will be heading out on a US tour with pals Cut Copy to bring their sounds of future pop to the masses. And these are not guilty pleasure pop tunes…Holy Ghost! makes pop cool.

The album release date is April 12, but will be available via iTunes on April 5th! 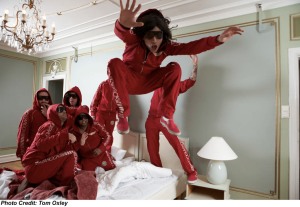 For the past decade, Norway’s DATAROCK have melded indie dance, new wave, pop, and funk into a custom sound responsible for a steady stream of unforgettable tracks and performances.  “Catcher in the Rye” is the band at their best, instantly memorable and insanely fun.  The single takes their adventurous pop to the next level. The band’s new album is due out in March and they will be launching a world tour in support of “the most extravagant single in history,” so be sure to join in on the madness! 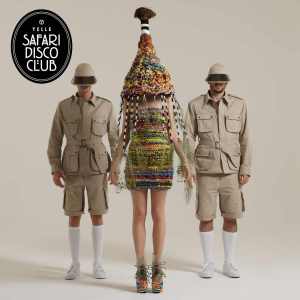 French dance-pop purveyors Yelle return with their long awaited second album, the exotically addictive Safari Disco Club (to be released March 29). Adding depth and experience to the sweet & sour pop cocktail found on their acclaimed 2007 debut Pop-Up, Yelle find themselves in a more reflective mood and have learned a few new tricks during their time off. Katy Perry asked them to remix her hit single “Hot n Cold” which has led to them supporting her UK tour in April.

Yelle is fronted and named by Yelle, aka Julie Budet, a sparky gamine with a deceptively demure schoolgirl voice. Yelle first arrived amid a flurry of 80’s inspired pop, with the likes of CSS and New Young Pony Club all revered for their take on brightly colored electro. Pop-Up stood out from the crowd with its wry, frothy and unashamedly fun outlook. This infectious appeal not only led to work with Robyn and Katy Perry, but gained them fans in fellow musicians such as M.I.A. and Mika, as well as mainstream personalities like Perez Hilton and Jessica Alba.

The new album’s first single and title track “Safari Disco Club” starts with Yelle’s signature bubblegum pop, but soon shifts into a darker sound with a sweeping synth backed by moody dancehall beats. It signals that the innocent and fun part of the party has moved into a more wild and chaotic scene, as Yelle sings over the madness, “the animals all dance in the safari disco club.”

If Pop-Up was a breakout set of fun-loving bawdy pop, Safari Disco Club is it’s sharper, wiser sibling. It’s an album that takes us on a captivating journey, with as much ingenuity, beauty and mystery as Pop-Up had sparkle and fun.

The clip itself depicts Mae, the primary subject of the band’s debut Deadeye Dealer album, in various ages, being confronted with memories. These memories are competing for attention while singer Domino Davis attempts to guide Mae into confronting them. The video also touches on duality and identity conflict.

A hybrid of mysterious, sensual rhythms; a soundtrack for the dark untraveled corners hidden beneath the gentle reflections of a pulsating metropolis…such is the musical landscape of Minneapolis band, Dearling Physique. Avant-garde but accessible, dark yet uplifting, Dearling Physique is a band that manipulates genres, effortlessly gliding between ambient sounds and electronica, from alt pop to soul, while defying preconceived notions of conventional music.

The album will be released next week, but for now you can grab a free download of “Discipline Your Hands,” here.

Filed under Check 'em Out!, video 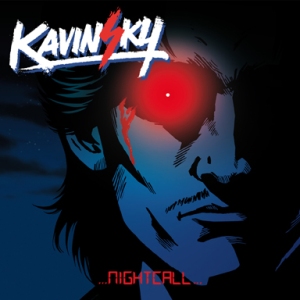 In September, Kavinsky released his newest single “Nightcall” via Record Makers. The package is bundled with three amazing remixes from Breakbot, SAWAGii and Robotaki, and now there is a new remix to add to the collection. This latest dancefloor destroyer is given to us courtesy of Dustin Nguyen, which is the pseudonym for a much-loved French producer who can make anyone D.A.N.C.E.

Produced by Guy-Manuel de Homem-Christo of Daft Punk and mixed by SebastiAn, the track finds the spooky, distorted, zombie vocals of Kavinsky perfectly counterbalanced by the sultry purr of CSS’ Lovefoxxx.

Overwhelmed by the stunning response to the remix contest for Kavinsky’s Nightcall, Record Makers have decided to take things one step further and allow graphic designers and illustrators to contribute their interpretations of Kavinsky’s zombie universe. The Fan Art contest will run from now until December 31st. 50 illustrations will be chosen and included in a limited edition book.  The winning design will take pride of place on the front cover. The first 20 illustrations will get a copy of the book, and every winning illustrator will receive music digitally. For more info on the contest or to submit an entry, check out http://www.kavinskyfanart.com 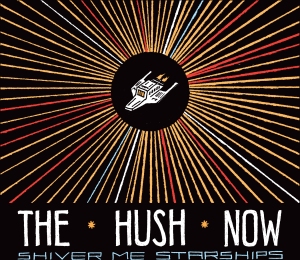 Boston’s indie-pop quintet The Hush Now is gearing up to self-release their new EP, Shiver Me Starships, on September 28th.

But, til then here’s a new track “The Other Ones” which catches the band at their finest, combining catchy hooks with the bands’ irresistible pop melodies.

Check ‘Em Out: The Gay Blades 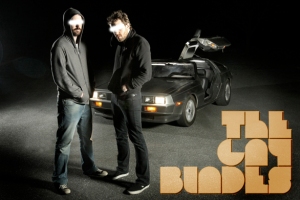 Click to watch the video for "Try To Understand"

Two piece band from NYC, The Gay Blades, have a new album called Savages that’s set for release in October. If you like the Black Keys, definitely give this duo a listen. The tracks all have a little something that makes them stand out, and none of them sound the same either. Opening track “Rock N’ Roll (Part 1)” reminds me a little bit of the White Stripes. “November Fight Song” is another fantastic song from Savages that is original to me in the way that it doesn’t bring any other bands to mind.

Here’s a free download of “Try To Understand” for your enjoyment! 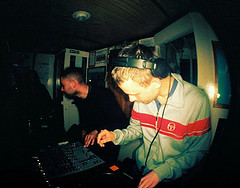 Following their sell out Australian tour NAPT are giving away their N-Funk DJ battle weapon remix of Miike Snow’s “Black And Blue“, which also features Passion Pit’s “Sleepyhead”, as part 2 of their Contraband series. Hold tight for their forthcoming new single “Emotion”, out later this year, with remixes, from amongst others DnB superstars Brookes Brothers.