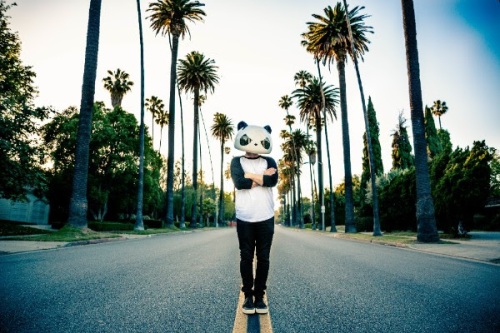 So, I’ve been a fan following White Panda for years now. He does some amazing mashups, check out some of it below:

Now, after years of working on his own writing skills, he’s released a debut track titled, “Hands On Me” and features fantastic vocals from Island Records’ emerging pop duo Loote. It’s fun, upbeat, feel-good, party-ready…everything one looks for in summer jams. 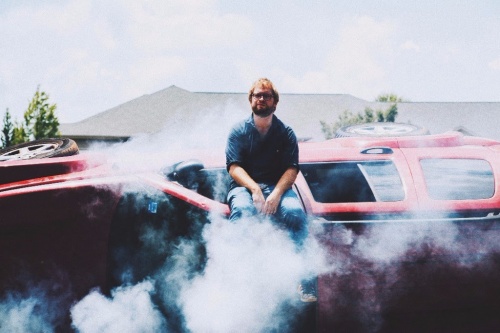 “…Weston calls back to the earlier days of indie rock, with sharp strings that cut through smokey vocals.”  – All Things Go

“…Taylor has found an engaging channel of expression with Ayo River, a musical outlet that has allowed him to find organic balance in the often overbearing push through modern existence.” – Under The Radar

Ayo River, a moniker used by songwriter Weston Taylor, is a project that deeply intersects his personal narrative with the constant underlying relationships and connectedness of the modern world. Taylor’s artistic passions have been displayed through various mediums throughout his life, but his desire to tell stories remains a constant in all his art. As a teenager, Taylor’s was highly influenced by the hip hop scene of Atlanta. Once in college in Athens, Taylor dabbled in rapping, writing rhymes and lyrics to ripped off instrumentals from Youtube, sending lyrics off to Lil Wayne while he was locked up in Rikers. Soon realizing he was not the best rapper, Taylor took a step away from music and begun drafting short stories and novels, sending them off to publishing houses with hopes of being published. His extreme inclination to tell stories, express his thoughts lyrically and relate to others through writing was finally realized through his position at a children’s music school, where he found that pop music was the perfect medium for telling his own personal experiences and narratives.

Failed State is about a moment when something stops working and it becomes apparent that there must be change to move on. It’s about the feeling when the party of your youth is over, when the relationships you once held dear have disintegrated, but the Internet won’t let you look away. It’s about feeling like life is everyone vs. you. It’s a collection of songs containing poignant stories and experiences from his life – a car crash that awoke him from an existential coma, a breakup that made him sick in the street and his personal relationship with hip-hop in Atlanta.

Making frequent weekend trips to Athens, Martin and Taylor furiously recorded the album late into the night, angering many roommates and neighbors. Eventually, Taylor and Martin took the  record’s bare bones to the studio, where they recorded with Josh Crusa (bass) and Evan Seeds (drums), who had begun performing in Ayo River’s live band. Lead single, “Porcelain” was the first song recorded in the studio, and presents an ominous, stewing brew that transforms halfway through, almost like a spell, ending up brighter. Album track, “White Dress,” is Ayo River’s ode to Atlanta hip-hop, featuring producer Taylor Roarbaugh, who played a key role in finding the perfect sonic elements to incorporate with Ayo River’s dark lyrical themes. 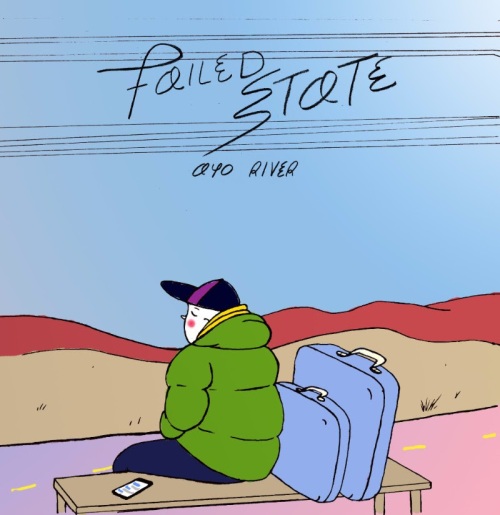 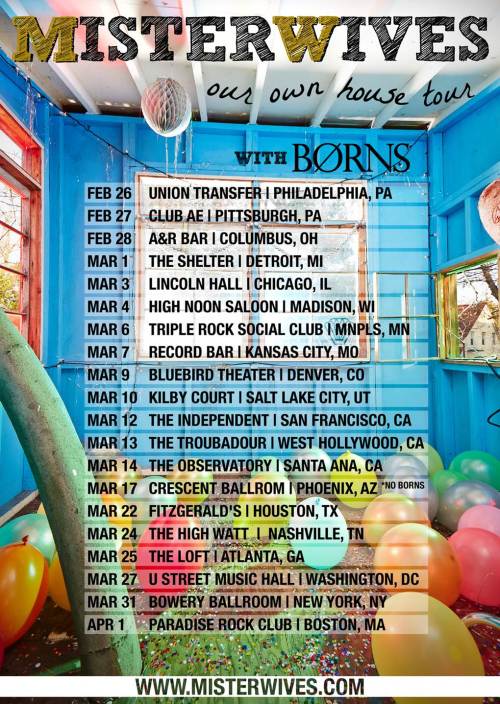 Don’t miss Misterwives on their “Our Own House” tour with support from BØRNS! Also, keep an eye out for more info soon about their upcoming full length debut album out next year! 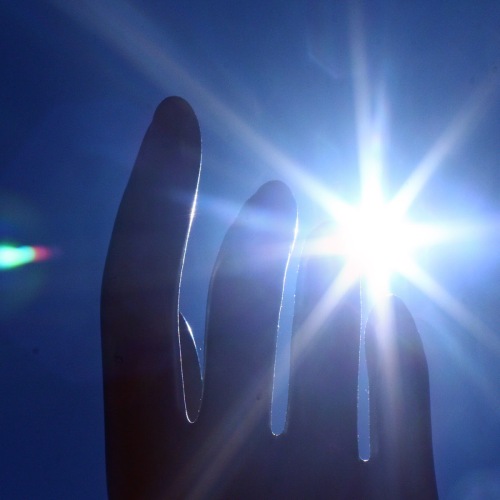 Fragile Creatures are a band from Brighton on a mission to restore Britain’s reputation for original guitar pop. They come equipped with an inventive songbook full of instant classics led by catchy melodies, tight harmonies, clever arrangements and great lyrics.

“Sunshine” finally paves the way for the release of this delayed début, an upbeat and appropriately summery number. Fragile Creatures plan to make the EP available as a free download through their Bandcamp page as a thank you for the patient faithful – two years is a long wait between releases! 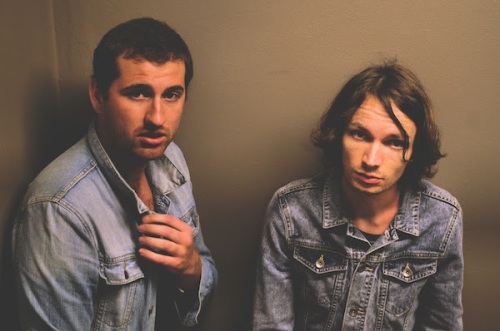 The Ninjas are a high energy rock duo from Brisbane, Australia returning with their latest single “Never Had Much Time”. Recorded with Australian super producer Magoo this release sees the band take another giant leap forward with slicker production, bigger riffs and a stadium ready sound that is sure to get people dancing. They’re early releases “Yeah Yeah Yeah” and “Kill Em All” gained the band an impressive following online and will all appear on the bands debut EP out this August. If you enjoy The Hives and The Vines, then you’ll love this! 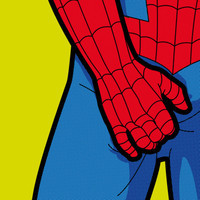 Listen: The Ninjas – “Never Had Much Time”

Tagged as Australia, debut, Kill Em All, Never Had Much Time, Newest Love, rock, The Hives, The Ninjas, The Vines, Yeah Yeah Yeah 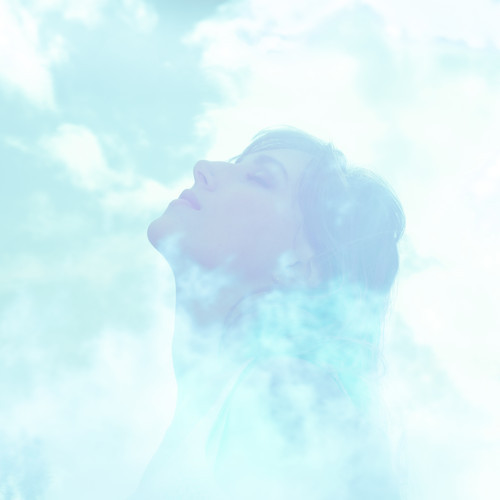 Check out “Wildfire”, my favorite track from Wonderland, the debut LP from Noosa. Wonderland is a collaboration with producer Mickey Valen, recorded in Noosa’s hometown of Long Island. The inspiration of Wonderland comes from Noosa’s long desired departure from New York and fascination with life’s possibilities on the west coast. Noosa finds a place to portray a sense of lightness, honesty, and wonder in her music coined by her as “fairy-pop”. It is an arrangement of nature interspersed with pop music that gives Noosa her free-flowing and memorable sound. “ 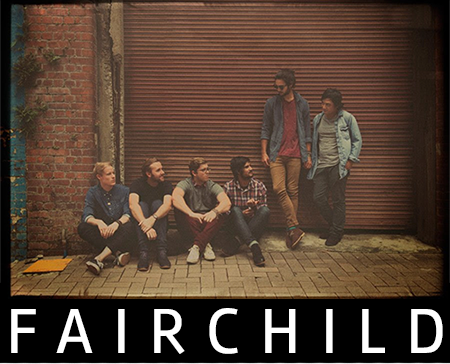 FAIRCHILD will digitally release their debut Burning Feet EP worldwide on Friday April 25th through Canvas Sounds. Produced & mixed by Catherine Marks (Foals, Howling Bells, Wolf Alice), the EP will also feature a KNDR remix of “Dancer”. In anticipation of the release, the band have just put out a new music video for the title track “Burning Feet” directed by their drummer James Haigh.

Although being their debut EP, the band have been around since 2005. Going through several line-up & name changes before re-launching themselves as FAIRCHILD at the beginning of 2013. During this time, they have toured through Japan, Hong Kong, Singapore, China and supported the likes of Neon Indian, Kids of 88, Parachute Youth, Red Riders, Parades, Cassette Kids, Canyons, Pigeon, Battleships, The Khanz, Cub Sport & Northeast Party House.

“The contemporary indie pop references are there for modern listeners to lap up – the African guitar riffs, the disco rhythms and the singalong choruses all mark Burning Feet, Dancer and Figure It Out as songs that the kids will absolutely love.” – TODAYonline

“Filled with layers of catchy melodies and vibrant polyphonic textures, this tune will take you back to Summer-holiday music festival; think Last Dinosaurs meets Neon Indian. Songwriting aside, the production value of this track is flawless.” – adamNOTeve

Singer/songwriter/performer LP will release a new track, entitled “Night Like This,” digitally on April 1st.

This track is the first single from her upcoming Warner Bros. Records debut album. “Night Like This” was co-written by LP and Nate Campany and produced by Grammy Award-winning producer and WBR chairman, Rob Cavallo (Green Day, My Chemical Romance, Dave Matthews Band) and co-produced with Mike Del Rio.

“It’s funny because the song almost didn’t make the album,” says LP, who made her living writing songs for other artists like Rihanna and Christina Aguilera, before focusing on her solo career. “It was promised to a couple of major artists before I decided to keep it for myself.”

“Night Like This” is LP’s first official release since last year’s Live at EastWest Studios EP, which featured the memorable track “Into The Wild” (which was also heard in the CitiBank TV commercial).

As the release of his debut album draws nearer, SOHN has taken time out to film a 4AD Session with filmmaker and photographer Andreas Waldschuetz in his adopted Austria. Recorded in the outskirts of Vienna, SOHN – flanked by his live band Albin Janoska (synths) and Stefan Fallmann (bass) – performed four songs from his forthcoming album Tremors. The first of those videos is “Artifice” shown above.

“‘Artifice’ was shot in a wide open studio space outside of Vienna – the biggest soundstage in Austria,” says Austrian filmmaker Andreas Waldschuetz. “I chose a reduced and slick backdrop for the video as I wanted to the overall look to be completely clean and futuristic. I recently rewatched Stanley Kubrick’s Space Odyssey 2001 and was pretty inspired by it. Listening to “Artifice” the first thing that popped into my head were neon tubes – I love neon lights. I love its coldness and sterility, and the graphical element that comes with it. All in all a glitchy piece of art.”

To coincide with the release of Tremors, SOHN will play select dates across North America this May – see full list of dates below. For a full tour schedule head to www.sohnmusic.com/shows

Debut EP Glimmers From Them Swoops 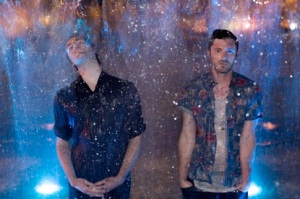 Them Swoops released their debut EP, Glimmers, via +1 Records (The Heavy, The Morning Benders, Caught A Ghost). Formed in 2012 in Melbourne, Australia, Them Swoops immediately captured the attention of tastemakers Triple J with the addictive first single “Work Around It,” which then quickly entered rotation on Sirius XM’s Alt Nation.

Glimmers was recorded by the band in Melbourne and mixed in Los Angeles by Mark Needham (The Killers, Imagine Dragons, Bloc Party). The EP features 1st Single “Work Around It”, 2nd Single “Too Fast For Love”, Indie Shuffle ‘Song Of The Day’ “Rollerskate”, and a remix by Ben Browning of Cut Copy.

After winning Triple J’s Unearthed Fuse Festival Competition last year, Them Swoops have built their following in Australia with National Tours with the likes of San Cisco, Hungry Kids Of Hungry, Birds Of Tokyo, The Maccabees and The Rubens.

Them Swoops are excited to make their US live debut this Fall, with a string of performances to be announced at the annual CMJ Music Marathon in New York this October. 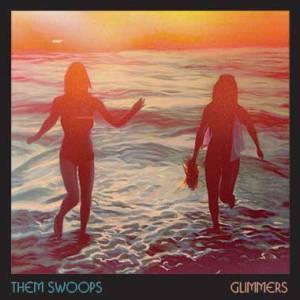 2. Too Fast For Love

4. Work Around It (Ben Browning Remix)