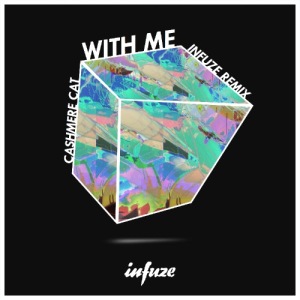 Continuing a ripping streak of success built off recent hits on the likes Firepower and SMOG Records, he’s put his hands to Cashmere Cat’s “With Me,” with a genre-be-damned, amped-up remix that bears Infuze’s unmistakable signature sound. Starting quiet and building to rapid crescendo, it’s the sort of flip that keeps the best bits about the original intact, while adding a feel to the track that can’t be matched by anyone else.  In a rapidly over-saturating market of “future” sounds, Infuze is sound for sore ears, producing what is really best described as his own style of bass music for a generation of heads wanting more out of the sound.

This Song Is Sick PREMIERE
FREE Direct Download via ZippyShare

Tagged as Cashmere Cat, EDM, free download, Infuze, remix, This Song Is Sick, With Me 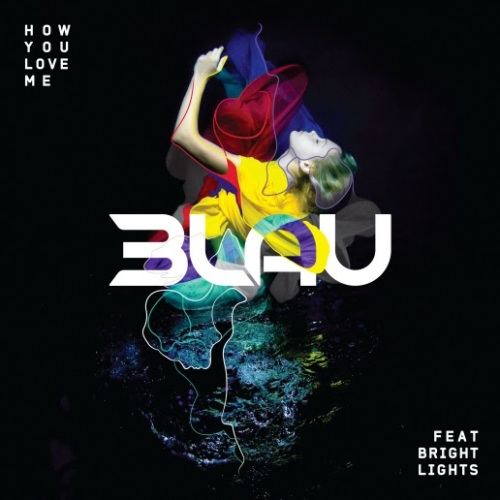 Listen: 3LAU – How You Love Me (feat. Bright Lights)

Las Vegas electronic dance music producer and artist 3LAU just revealed his brand new single “How You Love Me” featuring Bright Lights on iTunes and other digital retailers today. This marks his first release through Casablanca and Republic Records, formally initiating this exciting partnership for the 22-year-old impresario.

“How You Love Me” teeters between propulsive and powerful house music production and the impassioned and inimitable vocals of Grammy Award-nominated singer Bright Lights. It’s a slick, smooth, and sexy anthem meant to make listeners dance the world over.

Already, BPM and Radio One’s Danny Howard have embraced the track, and it has garnered enthusiastic support from Tiësto, Nicky Romero, and Hardwell. The track arrives hot on the heels of last year’s “Escape” [featuring Paris & Simo], which landed in Beatport’s Top 3 and peaked at 23 on Billboard’s Dance/ Mix Show Chart. It’s easy to love this irresistible major label debut from 3LAU.

The song hits the web just in time for his first performance at Ultra Music Festival in Miami on the Worldwide Stage March 28 at 5pm alongside some of the genre’s biggest names. That’s not the only gig on deck this week for him though. He’ll be rocking a total of ten high-profile shows for Miami Music Week.

With his own self-proclaimed “Dance Floor Filth” sound, 3LAU is quickly becoming an EDM phenomenon. Self-taught on piano, guitar, and drums at five-years-old, he built a faithful fan base at a rapid rate with “Escape” in 2013. In addition, he also hosts his own “3LAU HAUS” podcast, which draws thousands of listeners monthly.

The year of 3LAU is underway…

The song is the first to be released under his freshly cemented partnership with Casablanca Records and Republic Records, and it also gives audiences an initial taste of what’s to come from his fifth full-length album—due out later this year. “Red Lights” cruises ahead at full speed, merging kinetic house music energy and unforgettable pop prowess. It’s signature TIËSTO, but it also heralds the next phase for EDM.

TIËSTO is one of the most recognizable forces in the genre. He’s received the adoration of millions worldwide, garnered Grammy Award nominations, opened the 2004 Olympic Games, been named “The Greatest DJ of All Time” by Mixmag and the “#1” DJ by Rolling Stone, partnered with Guess and AKG for his own brands, headlined festivals worldwide including Ultra Music Festival, and Electric Daisy Carnival, launched the “Club Life” channel on Sirius XM, and hosted a storied 20-month residency at Hakkasan Las Vegas Restaurant and Nightclub and Wet Republic pool party at MGM Grand Hotel & Casino.

Citizens of the great City Of Detroit, the birthplace of techno and, hence, the Nazareth of current EDM, will bear witness to sets by Skrillex, Boys Noize, Flosstradomus, and more on New Years Eve 2013 for The Bang. Later, Dog Blood (Sonny Moore and Alexander Ridha) will DJ back to back at an exclusive after party and, later, a very few, select stages internationally throughout  year. 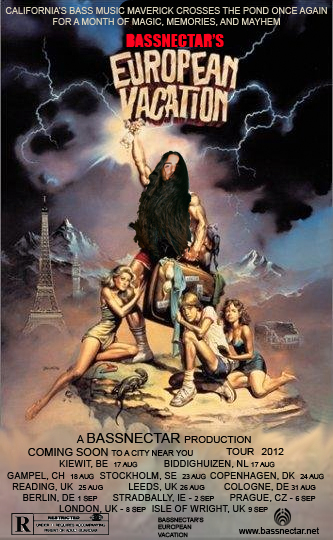 The California-based DJ, producer and virtuosic maestro of all things bassy, and the man who has singlehandedly sold more hard concert tickets in North America than any other EDM artist this year (Deadmau5, Guetta, Skrillex, Avicii, Tiesto…the lot!) – is about to set off on his most gargantuan European tour yet!
Aptly christened “Bassnectar’s European Vacation” the original long-haired, dubbed-up superstar will play a total of 13 shows throughout Europe this summer, taking on a mixture of mammoth club gigs and eye-watering festival stages. Watch the official tour video below:
In preparation for the colossal occasion he’s also now decided to share a tasty, eclectic, bass-driven MIXTAPE.
Download: Bassnectar’s European Vacation Mix

“These are a few insane bangers which I decided to compile for my month long summer vacation in Europe. We will be hitting 13 shows (festivals & clubs) and this is a selection of dirty music which I hope you enjoy when you find yourself in a high-speed chase, or tightrope-walking between skyscrapers in a windy metropolis, or sumo-wrestling someone much larger than you…” – Bassnectar

Black Strobe released EP Boogie in Zero Gravity, the third and strongest in a series of EP releases this year on Black Strobe Records. Black Strobe, a phrase which aptly calls to mind a darker envisioning of airy, superficial dance music, is spearheaded by prolific musician Arnaud Rebotini. The EP builds off Rebotini’s record as a pioneering artist in the genre of post-apocalyptic electronica, as well as his 2007 foray into blues-rock with the acclaimed LP Burn Your Own Church. Rebotini does not hesitate to blend elements of both genres on this new EP – creating an addictively groovy mix of jazzy riffs and ambient electronica beats where smoky vocals and blues guitar solos are just as prominent as the irresistible beat loops that put Black Strobe’s name on the map back in the 90’s. The EP also features four stellar remixes from nu-disco producers all over the world – listen to them now!

A prelude to a single release in November and a brand new full length in 2013, Boogie in Zero Gravity represents not just the next step in the journey of an electronic legend but the birth of a new, funky and uncontrived house sound that is bound to explode upon its release into the world of EDM.

If you still haven’t checked out Magnetic Magazine, you should know…you should.

Music veterans combine forces, bringing something new and something old to the table through the new online electronica music portal, Magnetic Magazine, brought to you by the founders of BPM (Beats Per Minute) Magazine, David Ireland and Rob Simas.

The pair’s contribution to EDM (electronic dance music) culture has spanned over fifteen years from publishing, writing and promotions. Magnetic is a celebration of their combined experiences within the electronic music movement that continues to set new trends and garner big reactions most recently with Mau5heads, DJ tents and three time award-winning LA producer, Skrillex at this year’s 54th Grammy Awards.

Founder, David Ireland speaks about how former music magazine, BPM gave Magnetic breath, “Magnetic was conceived at the dinner table when a colleague suggested that I try to get the old BPM trademark back and relaunch a 2.0 version online. My former partners would not release the mark, so we decided to launch under the Magnetic banner. The goal was simple: to provide excellent music and lifestyle content written by not only top bloggers but A-list journalists.”

Another one of BPM’s founders and Magnetic editor-in-chief, Rob Simas speaks about their transformation, “When I helped launch BPM magazine in ’96 the electronic music scene was young and promised to be the next big thing. It took a bit longer to catch on than originally thought. Launching Magnetic magazine 15-years after BPM is exciting in a different way. EDM has taken over the airwaves, Internet, soundtracks to movies and television—it’s overwhelmingly pervasive within the American landscape. I look at Magnetic as a cultural receiver and transmitter, a multimedia portal and a living document on electronic music and its surrounding culture.”

The owners of Magnetic have been right there from the beginning. With dance music becoming more prevalent and widely publicized with high-profile DJs and producers like David Guetta, Tiësto, deadmau5 and Avicii, the owners of Magnetic are doing their part to usher in the 3rd chapter in the electronic music saga. Magnetic made its soft debut in the summer of 2011 and has continued to combine forces with seasoned music journalists as well providing a platform for the new “opinionators.”

Magnetic will continue to form national lifestyle partnerships and bring the best of the best in the world of electronica and emerging indie artists.